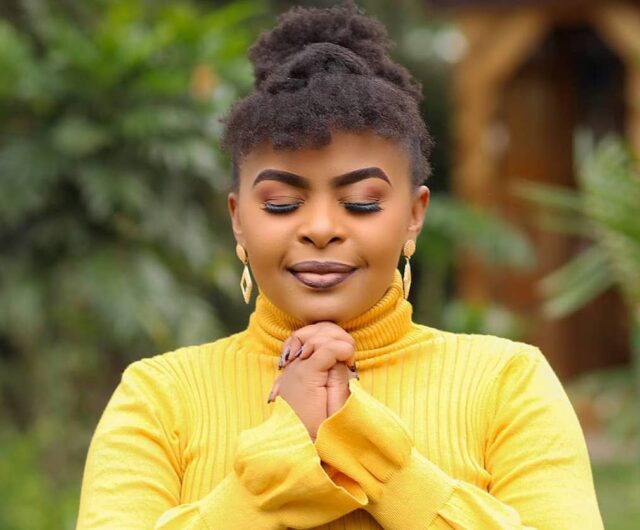 A household name in Kenya in Size 8. She is one of Kenya’s most successful musical artists and influencers. From her time in the secular music industry to the switch to gospel music, She has a lot of fans and those fans do have questions about her. In this article, we look at Size 8’s biography answering questions that many do have in mind about the artist.

Size 8 Age and Place of Birth

She was born on 4th of August in 1987 to her parents, mother – late Esther Njeri and father – Kirui Munyali. Her father is originally from Uganda. Size 8 is a stage name she adopted from her first acts on stage to date. However, her actual name is Linet Munyali.

She attended State House Girls’ High School where she is reported to have been a student very active in journalism and acting as extra-curricular activities while in high school. There is no further information available on the other levels of education she may have pursued after completing high school.

She began music at an early age doing several songs for fun and eventually hit the Kenyan music industry with her secular songs that became very popular like ‘Moto’ and ‘Shamba Boy’. Over the years she then gained wider following making her one of Kenya’s top influencers.

She crossed over to the gospel industry in 2013 and ceased playing her former songs despite their wide success. The songbird debuted with her song ‘Mateke’ that received a lot of play and air time all over the country. She then proceeded to carry on with her career with special attention and exclusion to Christian shows.

She has in the past worked for Kubamba radio and hosted a show on Maisha Magic east.

Apart from hosting work and music performance, Size 8 is a brand ambassador doing advertisements on contract for brands such as Kleesoft and Softcare. These adverts have received a lot of views both in print and their videos.

Size 8 is married to Samuel Muraya popularly known as DJ Mo among many Kenyan citizens. He is a top gospel DJ and together with Size 8 have become one of the most followed couple online and on air.

Together they have two children, daughter Ladasha Wambui and son, Muraya Junior who is one year old. The couple shares photos of their children and family online on several occasions.

Together with DJ Mo, Linet Munyali airs a YouTube series turned television series tagged ‘Dine with the Munyalis’ where the couple discusses marital issues and offer their experiential guidance to younger couples who watch the show.

Size 8 Net worth and Assets

Together with her endorsements and brand work with top Kenyan shows, she is doing considerably well.