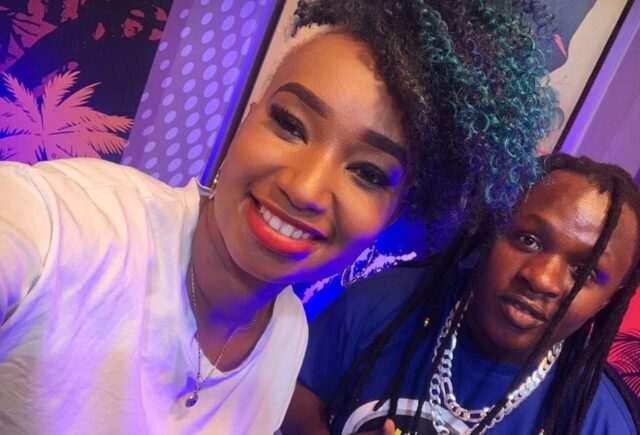 Tallia Oyando, popularly referred to as The Night Nurse, a name borrowed from Gregory Isaac’s classic Reggae song, Tallia is one of the most popular Kenyans in the media industry. Chululups, the night Nurse as she likes to be called, is a remarkable individual who is a recording artist, TV personality, MC, influencer and a radio show host with a wide range of experience in the field. In this article, we look at the biography of Tallia Oyando, The Night Nurse.

Tallia was born and raised in Nyanza County in an artistic family. Her father, Maurice Oyando is a renown producer and her mother has always been supportive of the arts. She was born on the 26th of February in 1984 and all along was a music enthusiast. Growing up in Nyanza and Nairobi counties, her dad was key in her exposure to the Music scene.

Information on Tallia’s educational background is scanty and she has only mentioned in a past interview that she had to move to three different high schools because of the infamous bullying that used to happen. Bullying in high schools was a rampant occurrence pushing several students to depression, anxiety and stressful episodes.

When she was just a teenager aged 17, she joined a music group named Talma which was a hit in the country at that time producing songs such as Jambo Rafiki which commendably won the team an Emmy Award.

Her musical career did not end there as she pushed on further doing songs with collaborations with stars such as AY from Tanzania, the late E-Sir with whom she did a song titled ‘Hamunitishi’ and CMB Prezzo.

In the line of radio, she has worked in several media houses and firms including Easy FM, Nation FM, NTV and MTV amassing a huge following of fans, viewers and listeners. Her influence over such a number of individuals has positioned her to appear in adverts appealing to many and taking part in brand endorsements and ambassadorship.  She is currently co-hosting the One Love reggae show on citizen TV alongside Coco Soboo Moto.

Tallia is married to a top producer in Kenya named Ezekiel Onyango who is the Chief Executive Officer of Film Crew Africa. He has won one of his projects a Golden Globe Award in the past. The two have a son named Lyric who is dear to his parents. The boy is notably raised in a Rastafari-style having already locked his hair into dreadlocks.

The family is inclined towards Rastafarianism with Ezekiel and his son wearing their hair in dreadlocks. The fitness enthusiast’s style is unmatched rocking stylish hairdos and fashionable clothing.

Tallia makes a good earning from her work on radio and television. Apart from work in media, she has endorsement contracts and brand advertising that offer her an additional income. Her current net worth is approximated to be over Kshs. 45 million.