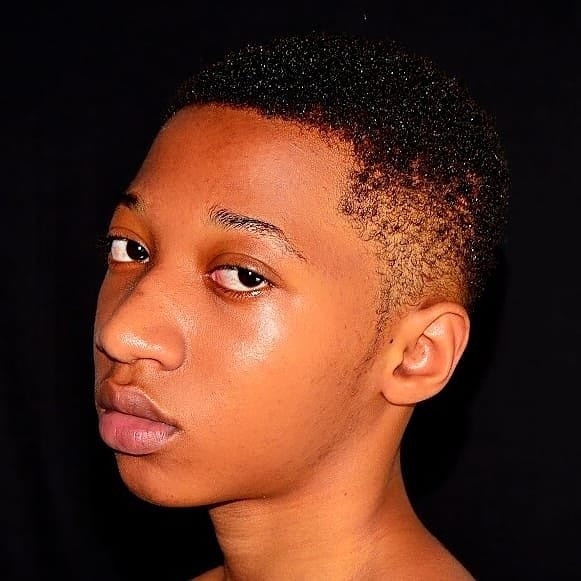 Trio Mio, is the teenager who gave Kenyans the hit song, ‘Cheza Kama Wewe’ in 2020 amidst the global pandemic. He has since then released several songs that have made him a popular Gengetone musician in Kenya. This article looks into the artist’s biography, age, and place of birth, career journey, net worth, and more.

Trio Mio (real name TJ Mario Kasela) was born in Nairobi’s Embakasi region in 2004. Trio’s dad is of Italian and Congolese heritage, while his mother is Kenyan. Music flows in the family as his dad is a musician too.He borrowed heavily from his father’s musical nature. His father is currently a bandleader producing music in Tanzania. Trio Mio’s mother on the other hand is his personal manager, Sofia Sakwa Irma.

He is currently in Form 2 at a school yet to be identified. Mario resumed school after the lockdown in 2020 was lifted having him report to boarding school and give Music a break.

Mario’s career took shape during the 2020 lockdown when schools were closed as a means to curb the spread of the virus. He had however been singing since he was a young child and performing before friends and family.

Moreover, TJ’s brother would rap along beats online with his friends and thus initiate an interest in TJ. Trio Mio began writing his own music and his brother gave him his stage name borrowed from his name TJ Mario Kasela.

His career has seen him write and release songs like Bazeng, Zooby Zoo, Vumilia, Son of the City, Ule Msee, Kanairo, Serereka, and Big Ting. Over the span of his career, Mario Kasela has gotten to work with bigger artists in Kenya like his role model Kaligraph Jones, Mejja, Nelly the Goon, Exray, and Fena Gitu. The artist is primarily a Gengetone artist and works with rappers and other artists.

Trio Mio’s career has him work under the management of his mother and signed to Trouble Music – his family’s record after failed experiences with a former record.

Mario Kasela has three siblings, one elder brother, and two sisters. Speaking in an interview with a local radio, the 16-year-old music sensation said that his girlfriend is younger, while he heaped praises on her.

I was happy at least he has brought a girl and I’ve met her. It’s good. It is better than keeping the relationship a secret,” said Trio Mio’s mother.