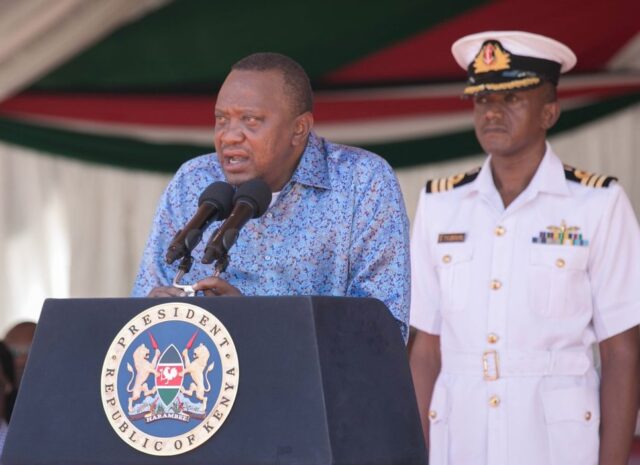 Kenya Navy Lieutenant Colonel Timothy Stelu Lekolool is the man in the white garment who always stands and moves around with the president. He was appointed by former president Uhuru Kenyatta to be his Aide-de-Camp in 2018.

This was after Uhuru handed over the instruments of power to Ruto. Lekolool saluted and immediately shifted to Ruto’s side. Ruto was sworn in as Kenya’s fifth president at 12: 45 pm before he was officially handed power by Uhuru Kenyatta.

Timothy Lekolool is the son of the late Principal commissioner Francis Lekolool. There is not much known about his age, place of birth, early life, as well as education.

Lt Timothy Lekolool is a Kenya Nay soldier. He was appointed to become ADC right after his predecessor Victor Mburu quit his job to pursue further studies on National Security matters. Lekolool was Uhuru’s third bodyguard since he became president in 2013.

He is the first navy soldier to be appointed ADC in the country. His responsibilities include standing behind the president, opening doors for him, and accompanying him wherever he goes. He is also a motorcade lead, static agent, detail leader, security detail leader, tactical commander, mobile agent, advance lead, and protective Intelligence agent.

In July 2022, Lekolool was promoted to the rank of Brigadier. He is expected to remain ADC until Ruto appoints his own security.

Lt Lekolool is a family man. However, there is not much disclosed about his family.

Lekolool’s net worth is not yet known. He earns most of his wealth through his career as an ADC and navy soldier.