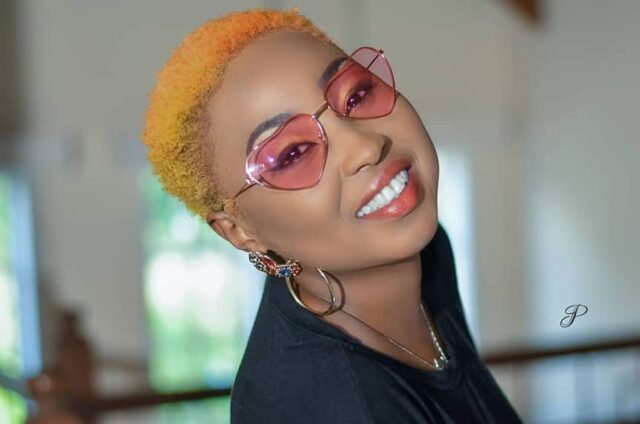 Vivian, (born Vivian Wambui), is the stunning musical artist who has become a favorite to many people in the country and is the subject of this article, as we look at her biography and getting to understand her background.

They say that we define our stories and our stories define us and here we bring Vivian’s story highlighting her milestones and epochs that changed the course of her life as it had not always been as it is now. She shares encounters about a tough past and carrying out of odd jobs just to have food on her table. She inspires many artists, especially the starters and young people to not give up and keep going hard towards their dreams.

Vivian Age and Place of Birth

Vivian celebrates her birthday on the 15th of March and is in her early 30s. She was born in Pangani- Nairobi. She was born and named Vivian Wambui which she maintained even as her stage name.

Vivian attended primary school in the Marion Group of Schools and proceeded to secondary school at Statehouse Girls in Nairobi. On completion, she enrolled to study Marketing at the Kenya School of Professional Studies.

Her career as a recording artist did not begin immediately she left college as it was not an easy task getting a record to sign her. She therefore had to find other means of survival and feeding herself. She explained in an interview that she had to at one point hawk household items such as plates and cups to make an income for herself. This is one of the tough points she faced in her life.

After struggling for some time, she got signed by the record label Main Switch Studios. Here she began producing music and despite being a good artist, the money did not start flooding in immediately. She actually talks of having to sleep hungry at times despite having her songs being played all across town. Such a paradox. That is how the business in the industry is however and she gave it time and with more hard work and patience, things began to change.

She has over time been able to land collaborations and associations with top artists such as Jaguar where they produced the song ‘My Dream’, features with Sauti Sol and Naiboi. She recently launched a new song with Stevo Simple Boy titled ‘Simpo Simpo’ which she released in August 2020.

Some of her top songs include, ‘Chum Chum’, Teren Teren’ and ‘Feel Me’.

Vivian has had a fair deal of tough beginnings and urges people not to despise humble beginnings. She however made it through and now lives a better life.

She is currently dating her hubby named Sam West. The couple has had good and bad times alike. For one, Sam West proposed to Vivian on television to which she agreed and the two share photos of themselves on the internet.

A hitch that came up was on Vivian’s character in the ‘Cheza Chini’ music video with Savara of Sauti Sol where Sam West found the video scenes inappropriate.

Vivian Net worth and Assets

Vivian’s net worth has not yet been established at the time of this article’s publication nor the details on the assets under her name been made available to the public yet. The musical work and the website she runs, offers her some income in boosting her revenue sources.