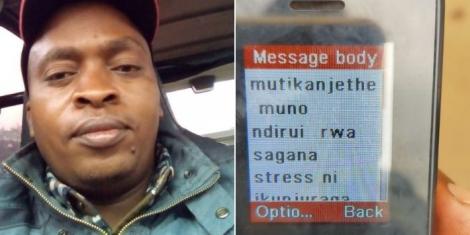 Wanjaro Junior, a very popular Kikuyu musician died tragically by throwing himself into River Sagana over a financial crisis. He was a celebrated artist, a father, and a husband. This article looks into Wanjaro Junior’s story, highlighting his personal life, career journey, and the unfortunate turn of events that has left his family and fans in deep shock and sadness.

The artist was born to the Wanjaro family and named Irungu Wanjaro. He was brother to the late George Wanjara, who was also a Kikuyu musician. George passed away in 2007 leaving behind his wife Atieno Maureen Wanjaro. The family hailed from Kenya’s Central region and had four children, all of whom are now deceased.

Irungu attended primary and high school in Central Kenya, where he began discovering his musical talent.

His musical career had been on an upward trajectory following in his elder brother George’s footsteps. Some of Wanjaro Junior’s songs include Wendo ni  Mugeria and Kachumbari. He had thousands of fans who enjoyed his Kikuyu music. Additionally, his career had seen him collaborate with other artists in the Kikuyu music field.

The Irungu family is deeply grieved as he leaves behind a wife and two young children.

On Saturday 17th July 2021, the family of Irungu found his suicide note detailing what he was going to do, how and why he was going to do it. He said that his body would be found in River Sagana, where indeed his car was located abandoned on the bridge. They got Wanjaro Junior’s body in the Masinga dam. The family now revealed that he committed suicide due to a financial crisis – he was in a Ksh 700,000 debt.