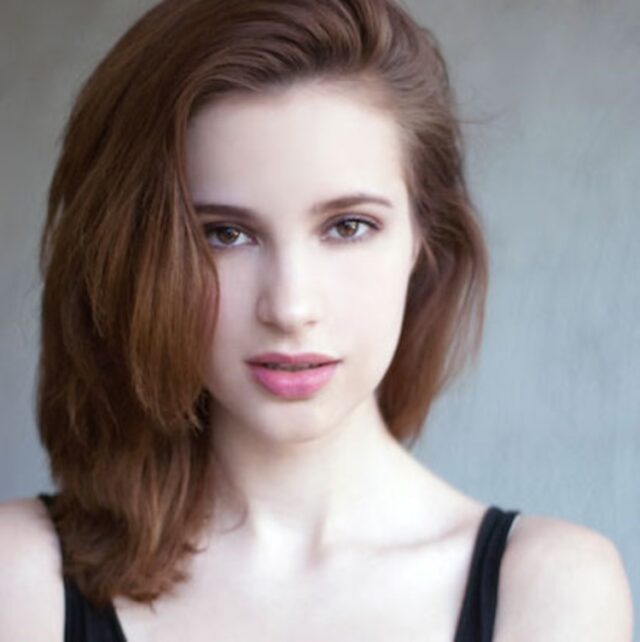 Alexia Fast is a performing actress from Canada whose professional journey has run a nine-year span thus far. Fast has featured and acted in over thirty movies and productions. The sky is the limit for the unstoppable and fast-rising actress. Hereinafter, we look into her biography, highlighting her net worth, professional journey as an actress, personal life, and background.

Alexia was born in 1992 on 12th September. She hails from Canada in the British Columbia region. Alexia Fast was brought up by parents who supported her creative personality. As a result of the immense backing she received, Fast created a remarkable film she named The Red Bridge. The production was excellent work done by a child aged seven and prepared her for greater roles and engagements shortly after.

Fast is an alumnus of Canada’s Thompson Rivers University where upon completion, she resumed her acting career.

Alexia’s career took off in 1999 and from then maintained an upward trajectory towards the highest achievements in the industry. Some past projects and works by Alexia include Fido, Repeaters, Black Bird, Manhattan, Hungry Hills, The Secret Circle,  Red Widow, Past Tense, The Gym Teacher, and iZombie. Alexia’s dominant genres are thrillers, comedy, and drama.

To mark her accomplishments and achievements, Fast has won several awards and recognitions over her acting career. She bagged her first Leo Award when she was just thirteen years old for a film she did titled Fido. She went on to win more Leo Awards and performing in Emmy-nominated productions.

Alexia’s parents are also creatives. Her mum is an award-winning actress, Fast Chery-Lee, who has starred in films including Spirit Bear and Just Smile and Nod. Alexia’s father on the other hand is a songwriter, a streak his daughter borrowed from slightly less than her acting career.