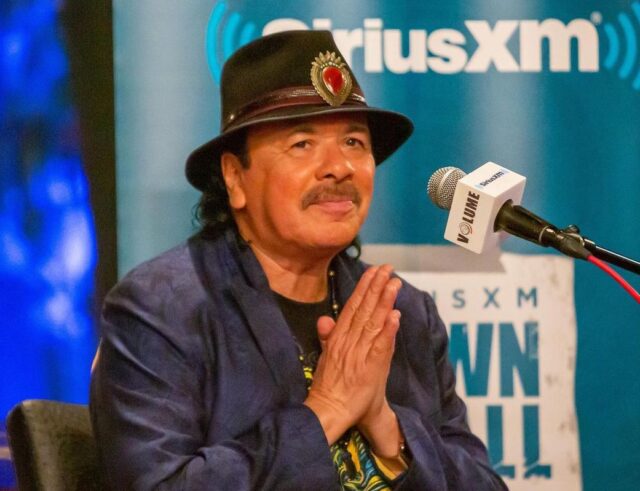 One signature note from his high-pitched custom-made Paul Reed Smith (PRS) guitar is all it takes to hype Carlos Santana’s fan base. The “Maria Maria” star stimulates joy through his music and now with his Mirayo by Santana brand.

His pioneering fusion of genres is iconic in the entertainment industry and loved by many admirers. He inspires other legendary musicians or anyone new to the career.

Since 2020, Carlos Santana has taken his deep connection to weed up a level and created his own brand. He realized that many more people might follow their light and buy marijuana seeds.

Read on to learn more about the man pulling on his guitar strings and the hearts of many fans.

His father, José Santana (1913–1997), was a well-known mariachi violinist. Josefina Barragan (1921–2009), his mother, lived a happy life fulfilling her love for cooking and gardening.

Santana brings people together with his songs as he blends various genres from different ethnic backgrounds. As he combines the music world with his spiritual beliefs, a new era dawns for Santana fans.

Carlos Santana’s musical interests started at age five when he began playing the violin with his father. At age eight, he moved to the guitar. The Santana family relocated to San Francisco, California, when he was 15.

On 21 April 1973, he married Deborah King, with whom he had three children, Salvador, Stella, and Angelica.

The couple divorced in 2007 due to Santana’s way of life that King could no longer keep up with. They continued running their foundation, especially in the poorest countries of the world, to uplift youth arts, education, and health.

His relationship with his parents was deep-seated and inspired him to become the man he is today. His father was his musical influence, and his mother was the voice of reason and determination.

Santana has a profound connection to the continent of Africa. In an interview, he passionately resonates the African, Caribbean, and Blues music rhythms with who he is.

Carlos Santana is a musical icon and spiritual leader who builds his life on perseverance, discovery, and self-actualization. His cannabis brand incorporates these principles into the sun-grown products it provides.

The star formed the Santana Blues Band in the summer of 1966, which gained momentum as the 1960s psychedelic era ended. In 1968, Bill Graham selected them to play at the Fillmore West in San Francisco, where they became resident musicians.

His first album, titled Santana, was released in 1969. Santana’s outstanding performance at the Woodstock Music and Art Festival made him famous.

In 1987, he aimed to become a well-respected member of society. He started philanthropy work and funded associations like Doctors Without Borders. Santana also took part in the 1989 San Francisco Earthquake Relief benefit.

Santana and his ex-wife Deborah started the Milagro Foundation in 1998 to assist underprivileged youths. He became a Rock and Roll Hall of Fame inductee the same year.

As a songwriter for Broadcast Music Inc. (BMI), he received the BMI Icon award in 2005. His exceptional and memorable influence on generations of music makers earns him the title.

Along with being a musical legend, Santana now also has his own cannabis brand. As a spiritual leader and avid marijuana advocate, Santana completed his circle of life with his weed label.

Throughout his childhood, marijuana was a part of his life. His mother used homemade topicals as a healing aid. Her beliefs in the plant inspired Santana and led to the inevitable creation of Mirayo.

In 2020, he officially announced the launch of Mirayo by Santana in collaboration with West Coast Ventures.

The name Mirayo is Spanish for “my ray.” Santana describes it as his “salute and invitation for people to celebrate their invaluable and essential divine light.”

He believes cannabis is a gift from heaven and wishes to share it with the world. The music star passionately associates the herb with medicinal healing rather than as a mind-altering drug.

The rays that beam through clouds deeply connect to the name Mirayo. Santana correlates the light from the sky with the photosynthesis process cannabis plants require to grow.

Santana created these products with a primary concept of stimulating consciousness and elevating a healing frequency.

In one of Mirayo by Santana’s reviews, BackPack Matte analyzed a strain, appreciating how it stays true to its description. He particularly liked the signatory words on the packaging that say “Follow Your Light.”

As of 2022, Carlos Santana has a substantial net worth of $50 million.