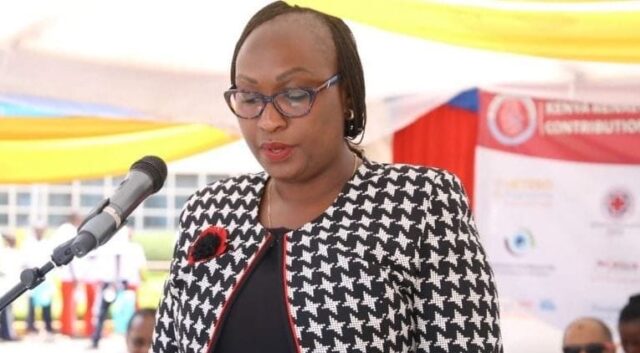 Ann Kananu Mwenda is the current Governor for the Nairobi County after serving for several months as a Deputy Governor under the recently impeached Mike Kioko Mbuvi “Sonko”. Her nomination was done last year 2020 by the ex-governor Sonko, two years after his deputy Igathe quit. Ann’s confirmation as Nairobi’s Governor was done on the 15th of January 2021 by the Assembly, Majority leader after anonymous voting.

“Together, we will work round the clock and go the extra mile to ensure that the aspirations of Nairobi people are not only met but exceeded in a bid to accelerate their socio-economic development. The public can now look forward to enhanced service delivery,” said Mwenda.

“I would first and foremost thank the President and the party leader of Jubilee Party, for showing his faith in me to serve in this position,” she said.

“I affirm my commitment to serve the people of Nairobi with utmost dedication, focus, discipline and integrity,” Ms Mwenda added.

Ann sat her KCPE examinations at St Michael Primary School where she passed with flying colours and attended Our Lady of Mercy Girls, Nagundu up to the year 1999.

She has two certificates in Human Resource Management and Public Relations of which she obtained from the University of Nairobi 2011 and 2012.

In the year 2013, Ann pursued a Diploma in Criminology and Security Management from St Paul’s University.

She later graduated in the year 2016 with a Bachelor of Science in Criminology and Security Management (Forensic and Criminal Investigation) from Dedan Kimathi University (DeKUT).

Furthermore, she worked as a Security Supervisor in charge of Quality Control and Training at Kenya Airports Authority and later joined City Hall as Chief Officer in charge of Disaster Management and Coordination in May 2018.

Ann Kananu managed to sail through the waters even after having gone through many hills, valleys and reshuffles until November 2019, when she was named acting chief officer for water.

The current Nairobi Governor was married to the late Philip Njiru Muthathai, until last year January when she lost him to a grisly road accident in Athi River.  Details about Children and whether they had wedded or not are still away from the public eye.

Ann’s net worth is thought to be over Kshs. 250 Million. She owns a posh car and a house worth over Kshs. 20 Million. On confirmation as a Governor of Nairobi County, she is yet to be on a pay of over Kshs. 800,000.