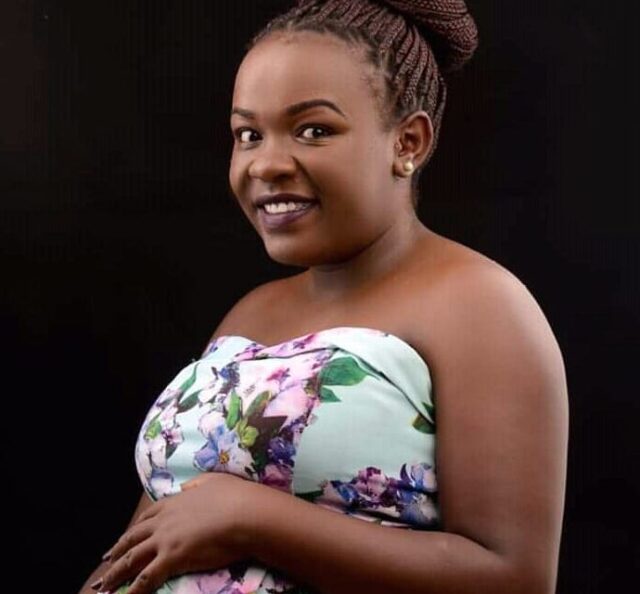 Celestine Ndinda alias Wakavinye is a well-known Kenyan, media personality and content creator. She is particularly known for her relationship with top Kenyan comedian, Njugush whose actual name is Timothy Kimani.

She is a darling to many people both online and in real life being a caring individual and quite the charming personality. In this article we look at the past, present and what could be future in Celestine Ndinda’s biography.

Celestine was born on the 3rd of December in 1992 in Nairobi’s Mathare. She is born to a family of 3 having one big brother and one smaller sister who studies in Maseno University in Kisumu. She is a middle child and cares for her siblings now in supporting her parents. Her childhood, she has said, was a good one despite financial challenges which propelled her to achieve greater heights for herself.

Wakavinye attended a local primary school, then proceeded to high school and later enrolled in the Kenya Institute of Mass Communication studying Studio Technical Operations. She was a focused student and it was during her time at school that she met her later to be husband, Timothy Njuguna.

Wakavinye is a content creator whose projects gain much accolade from her fans. She collaborates with her husband Njugush and from time to time, their son Tugi Kimani on their creations. This has opened up several opportunities for them and simultaneously earning them an income.

To note, is their Valentine’s Day production titled Through Thick and Thin whose tickets went completely sold out because of heavy demand. The production was well received and enjoyed by their fans.

They also do several series on their YouTube channel which has more than 1 million views for various videos. Their works revolve around comedy, travel and satire. They use their platform to make an impact and entertain their views which has made them a favorite to many.

They also use their platforms to endorse different brands and make money from their brand. They make such deals infusing comedy which promotes sales of these products.

Cele is married to Njugush and the two have become an embodiment of a couple that stuck together through thick and thin. She recalls of tough financial challenges as they were in college not having money to feed themselves nor to dress as they would have liked. 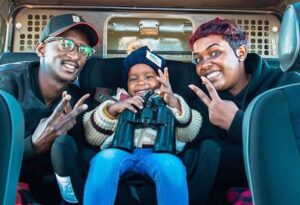 Celestine stayed by the young comedian before he made it to the mainstream and has always been his biggest supporter. The two say they share a solid friendship and to many Kenyans indeed, they are the true definition of couple goals.

She is the mother of one son with her husband Njugush whom they’ve called Tugi Kimani born in 2018.

Celestine Ndinda Net worth and Assets

Wakavinye’s net worth has not yet been established as at the time of this article’s publication and is yet to be revealed to the public. Her assets are not made publicly available, be it houses, cars or investments in various ventures.