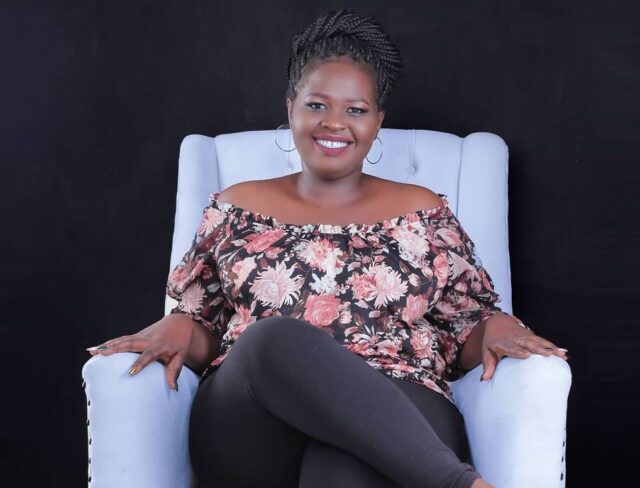 Comedian Jemutai (born Stella Bunei Koitie) is a Kenyan comedian, emcee and social media influencer who has made several appearances on our screens. She has always showcased her rib-cracking jokes on NTV’s Churchill Show. In her comedy, she always portrays a young naive village girl sharing her Nairobi life experience.  She always puts on rural wear, socks, and a headscarf.

She has always been one of the most liked Churchill show comedians. The adorable Stella was the most favorite comedian to the late Nicolas Biwott. Jemutai came to limelight when she made her debut on Churchill show.

Jemutai’s real name is Stella Bunei Koitie. She was born and raised both in Elgeyo Marakwet. Her parents later moved with her to Embakasi Nairobi where she has been living up to date.

Jemutai pursued a course in IT from Jomo Kenyatta University of Agricuulture and Technology (JKUAT). After she had graduated, Jemutai got an internship position at Kengen Olkaria as an IT support technician. However, Jemutai had no passion pursing her career longer and had to set it aside and chase her real dreams, which is comedy.

Comedian Jemutai is a resilient lady who never gives up; while at Embakasi, Jemutai used to attend several comedy auditions and all was in vain. She attended close to 10 auditions without getting to be selected.

She however, did not give up because she believed in chasing dreams. She reached appoint in life where she decided that enough is enough. At this point, she was almost giving up. Back in October 2015, she decided to attend for auditions, and she had made her mind that if she was not picked, she would call it quits in comedy and go back home to focus on her career in IT. This time round, it was her lucky day; she got picked and attended her very first show on the 22nd of October 2015.

Information about Jemutai’s husband has never been in the public domain. It was however noted that Jemutai has been in a union with her fellow comedian Professor Hammo. At first, Jemutai used to rubbish the claims that the two are not a thing, especially when she had her first pregnancy. Several days ago, Comedian Jemutai made it public to social media through Edgar Obare that she has two children with the Hot 96 presenter Hammo.

In her claims, Prof Hammo has neglected her and he doesn’t take care for the children and sort her bills. Jemutai added that she has always rubbed shoulders with her landlord over rent arrears. She went further stating that she wants to sell her Facebook page with over 850,000 fans to a willing buyer so as to clear her pending bills. 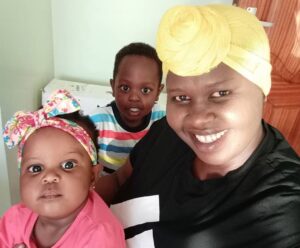 “I am a mother of two and a comedian. Life is becoming hard every day and I have lots of arrears. I want to sell my Facebook account to anyone in business. It has over 850,000 followers. I am selling at Kshs. 2 per follower,” Jemutai pleaded.

“I want to be able to start a business and take care of my children. I know it is was a desperate move but I wanted to pay my bills. As a mother I would do anything for my kids,” she added on her social media pages.

In her message, Jemutai asked her followers not to blame on Daniel Ndambuki (Churchill), as witnessed in previous situations. As per Jemutai, Churchill has always been castigated for the plight of struggling comedians who were nurtured under his wing.

“I don’t want anyone to blame Churchill as I don’t have any issues with him. He is such a nice boss. Selling my account was my personal decision because that’s like my asset,” Jemutai pleaded.