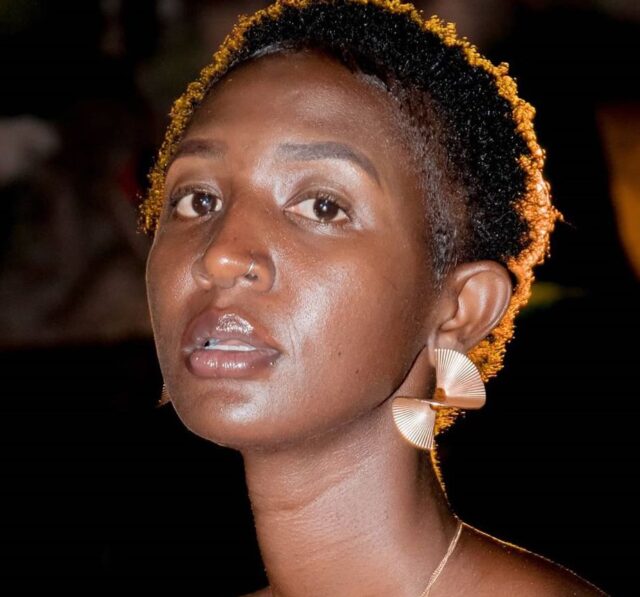 Popular actress, comedian, writer and emcee Mammito Eunice born (Eunice Wanjiru Njoki) is definitely a favorite among many Kenyans. She has a captivating sense of humor and wit which she creatively uses to make her audience laugh into stitches and some even tear up.

You probably know her from Churchill Show or from a couple of videos online where she imitates and uses a satirical approach to make fun of things happening around society, be it in music, politics or general topics such as relationships. In this article we will be looking at the biography of Mammito Eunice.

Mammito was born in Nairobi in the year 1993 on the 18th of September as Eunice Wanjiru Njoki and uses Mammito as a stage name. She got the name from her friends who always called her that and it stuck on. She was born to a single mother and has never met her father nor does she desire to. Her mother, Nancy Njoki, brought her up single handedly and was very strict about her behavior.

Eunice Wanjiku was born in Kibera slums in Nairobi – Number 7, the more active and vibrant of the two (Number 7 and Number 8). Needless to say, life in the slums was very tough and she had to work very hard to make it out.

Once her strict mother found out about this and her intention to proceed full time with this, she decided that it was a poor decision and sent her to her shags in Muranga to avoid a possible dive into these arts. She later joined Mount Kenya University (MKU) pursuing a Diploma in Community Development.

Apart form her well known acts as a comedian, Eunice is an apt business lady having harnessed the skill while living with her grandmother in Muranga. Here she would do cloth sales and in the process she says she is able to make profits and sales very easily.

On completion of her university studies, she like the many Kenyan youth went on a job hunt seeking to find herself a job with a Non-governmental organization to put into practice her acquired skill. Unluckily, she did not land this job and therefore in 2015 signed up for an audition at Churchill Show following her initial plan as a performer. She got admitted after several failed attempts and began to hone her skill as a comedian.
Over her career she has been able to perform on several stages in countries such as Kenya, Rwanda and Botswana in platforms such as the Seka Festival, Evening of Laugh, Laugh Festival, Queens of Comedy and even headlined a show tagged Saturday Night Comedy.

Mammito is currently dating fellow comedian Eddie Butita. The two have been able to keep their affairs very private before coming to the open with the news in a social media post celebration of a birthday. She has two siblings and is a Christian by religion.

Mammito Eunice Net worth and Assets

Mammito makes her earnings from her comedy shows, posting online and endorsement contracts she is able to land. Her exact net worth has not yet been established at the time of this article’s publication nor the details on the assets under her name made available to the public.