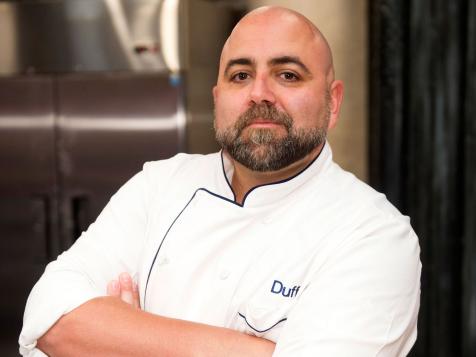 Duff Goldman is a professional chef and baker who has come to the limelight due to his features in television shows. He is an entrepreneur, television personality, and baker who crafted his career in hospitality and made a killing out of it. This article looks into Duff Goldman’s biography highlighting his career, background, personal life, and more details.

He was born on 17th December in 1974 in the United States of America and named Jeffery Adam Goldman. He has a brother named Willie Goldman with whom he was raised by their parents before they divorced. After the Goldmans separated, their sons spent time growing up in two different places across different times of the year.

Duff is an alumnus of McLean High School and Sandwich High School. After high school, he enrolled at the University of Maryland. After developing a sharper interest in the culinary arts, he joined Corcoran College of Art and the Culinary Institute of America. Here, Duff began sharpening his culinary skills and look towards a professional culinary career.

Arguably, Duff’s career kicked off as a teenager when he started working in kitchens. When he got to work at Charleston in Baltimore, he had a turning point setting him up for his very successful culinary career. After working at Olives Restaurant baking bread and biscuits, he built up a wealth of experience.

Duff Goldman established his independent business called Charm City Cakes in 2002. Some of his accomplishments in the field include baking for President Barack Obama‘s second inaugural ball in 2013 and Katy Perry’s birthday video. He has also written cookbooks, and done shows including Dessert Games, Ace of Cakes, Duff till Dawn, Double Dare, and Iron Chef America.