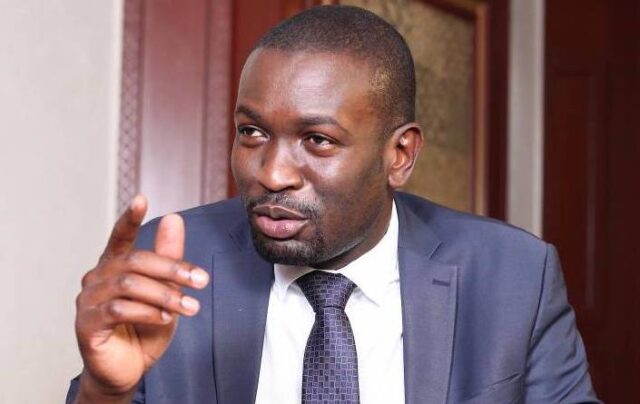 Edwin Watenya Sifuna is among Kenya’s most vocal and aggressive politicians and national characters. He has often made headlines following controversial encounters with his fellow leaders such as Hon. Aisha Jumwa and the Law Society of Kenya President Nelson Havi.

Having more than fifteen years in his legal practice, he is a seasoned lawyer and has created a career in the path before he incorporated politics onto his plate. This article looks at Sifuna’s biography highlighting his background, career journey and personal life.

Watenya Sifuna was born on the 22nd of May in 1986. He hails from Bungoma County and he kicked off his studies in the same county. He and former Kanduyi and Bungoma South Member of Parliament, Sifuna Lawrence are siblings.

Edwin Watenya is a UoN (University of Nairobi) alumni where he began his career in Law. After graduation, he proceeded to the Kenya School of Law in pursuit of a Law diploma. He describes his university days as being fun and memorable. He was into partying and along with his friends would spend their money in parties and drinking.

Sifuna’s political interests began in campus where he was among student strikers who were against the new mandatory requirement for students of Law to enroll for a Law diploma in the Kenya School of Law after graduation from their undergraduate programs.

Edwin Watenya started off in 2005 as a lawyer at Kairu & Mc Court Advocates where he worked for a year before he left for a Legal and Administration Officer role at Mini Group of Companies in 2009. After a year, he was employed by Magnate Ventures Ltd, a leading advertising company in the capacity of Manager, Administration and Legal. He spent three years before he went to establish his private practice, Watenya Sifuna & Company Advocates, as a proprietor. The firm focuses on employment law and corporate law. In 2019, he was elected to hold the position of Vice Chairperson at the Center for Multiparty Democracy (CMD) – Kenya.

In the 2017 general elections, he ran for the Nairobi senatorial seat offering a manifesto that would address Nairobi’s major concerns such as widespread unemployment, waste management needs and traffic congestion. However, he alongside other rivals such as Dennis Nthumbi and Suzanne Lengwa lost to Johnstone Sakaja.

Sifuna married his wife in 2010 who hails from a political family. Her father, Wamukoya Joseph, is a former Matungu Member of Parliament.

On 19th of January, 2021, Edwin Sifuna and LSK President – Nelson Havi were engaged in a heated debate on Citizen TV following a discussion on Law vs Politics. Sifuna accused Nelson of letting the title of president of the Law Society of Kenya had gotten into his head and expected everyone to treat him as such.

The debate covered topics around the BBI, the race for Nairobi County top seat by various groups and the judiciary in Kenya. Viewers responded differently to the interview with some congratulating Nelson Havi’s leadership of LSK while some saw it as a major thrash by Sifuna on Nelson Havi.