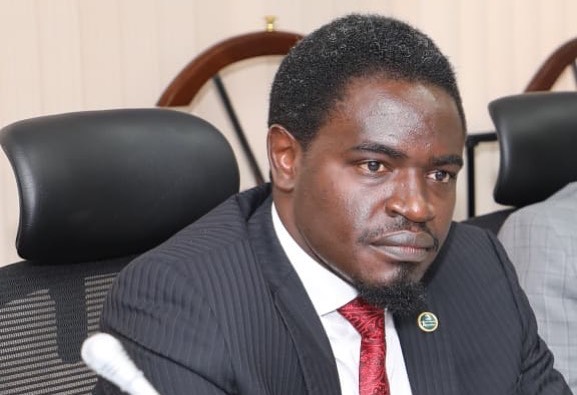 Nelson Havi is a man who embodies the rags to riches through hard work and resilience mantra. He currently serves as the President of the Law Society of Kenya and is working to set things straight. He had been eyeing the seat for a long time, and on attaining the age requirement, ran an aggressive and effective campaign that registered him as the 49th president of the society. He has recently been on the spotlight following tags on Law vs. Politics.

He was on live television with Edwin Sifuna on 19th January at 9:00pm to have what was termed as the great collision in discussing an array of matters. The interview conducted by Citizen TV’s Wahiga Mwaura has been making rounds on Twitter where the two engaged in a word battle as they established how exactly the Law and Politics find common ground. This article looks into Nelson Havi’s biography highlighting his early life, Career and personal life.

Nelson Havi was born on the 5th of April in 1977 as a second born child to Mr. and Mrs. Obwamo. He was born in Mwihila Mission Hospital located in Old Kakamega. His mother, a retired teacher, Madam Grace Obwamo describes him as a born-healthy child who had quite the appetite. On his Instagram page, Havi posted a throwback photo of him alongside his siblings. 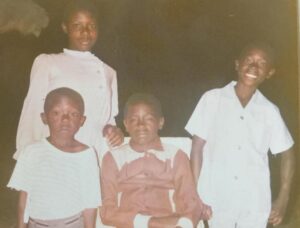 The savvy advocate attended Nangili Primary School and then Musingu High School for his early education. He was a top performer throughout school and was a favorite student to most of his teachers. Nelson lost his father, the late Mr. Obwamo, when he was a form 1 student. The late Obwamo had been shot during the 1992 post-election violence and this strongly motivated Nelson Havi’s choice of career path in later years. He studied Law and was lucky to immediately land an employment opportunity.

After graduating from university, Nelson worked in a few legal firms before he established his own private practice under the name Havi & Company Advocates. The private firm offers legal services such as arbitration, corporate finance advisory services, intellectual property rights and commercial litigation and debt collection.

He was admitted into the Law Society of Kenya before he began contesting for the presidential seat. He vied and won the seat on the 27th of February, 2020 against rivals including Charles Kanjama, a prominent city lawyer. He has described his role as a wartime president aiming to make things better in KSL on matter such as complacency and corruption.

Nelson Havi married fellow lawyer, Miss Korir and together, the couple is blessed with three children – two daughters and a son. He is also a man in touch with his traditional roots and was officially initiated into the Maragoli council of elders, Omwimili wa Balagoli, on 19th September 2020. He has been approached by members of his hometown suggesting a path in politics which he is yet to comment on.

On 19th of January, 2021, Nelson Havi and Edwin Sifuna were engaged in a heated debate on Citizen TV following a discussion on Law vs Politics. The two talked on the Nairobi gubernatorial race, with Mr. Havi stating that Anne Kananu’s admission as governor would be unlawful. They also spoke on the disruption of the Law Society of Kenya’s Annual General Meeting which Edwin Sifuna called him out for.

Further on, Sifuna accused Havi of being a prideful individual, whose title and role as the society’s president had clouded his thoughts and work. The entire interview was received differently by viewers, some of whom commented on Nelson Havi’s good grasp of legal content and affairs while some were of the opinion that he was shattered and humiliated.

Nelson Havi Net Worth and Assets

Havi’s net worth and asset details are not yet available in the public domain. This article will be updated as soon as the information is available.