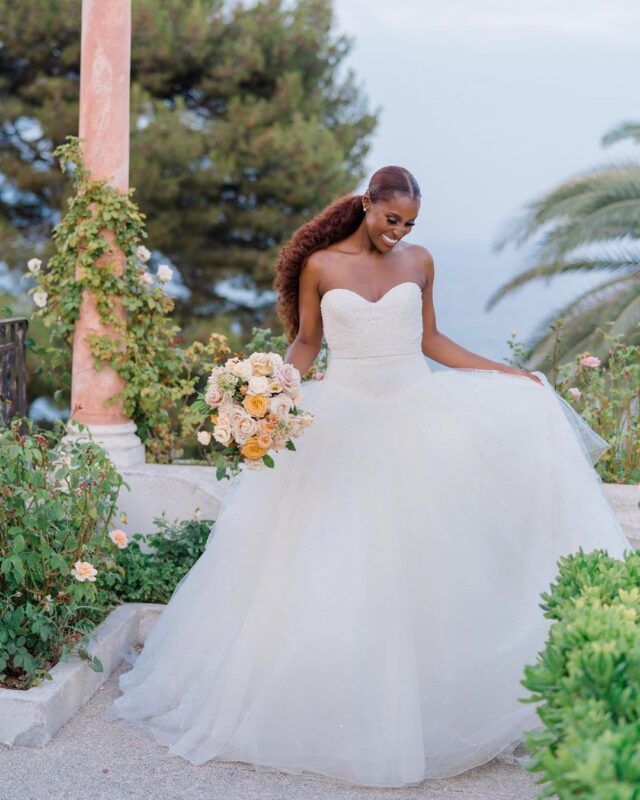 Issa Rae is an American actress, producer, and media personality. She is known for her productions on Black women and their stories. Issa Rae recently got married at a beautiful private wedding in France. This article looks into Issa’s biography, highlighting her personal life, career journey, background, details on her wedding, and more exciting details.

Issa is as of 2021 thirty-six years old. She is a 12th January girl and was born into a family of four siblings. Her parents – Abdoulaye and Delyna Diop – named her Jo-Issa Rae Diop after her grandmothers and an aunt. Issa is of Senegalese-American descent and actually spent her formative years in Senegal.

The accomplished actress is an alumnus of  King Drew Magnet High School of Medicine and Science, Stanford University, and The New York Film Academy. Issa has always had a keen interest in the arts and during her time at school, she produced a short film titled Dorm Diaries.

Her career had initially been planned to take either a  Business or Law trajectory before she gave in to the tides of the creative world beginning with Awkward Black Girl. This is a YouTube series she started with her university friend Tracy Oliver. The concept was to produce work that people could relate to and give actual Black-girl experiences. This has been Issa’s focus in all of her work including The “F” Word, Insecure, The Photograph, and The Love Birds.

Issa’s acting career has seen her get nominated for awards and recognitions across the world. These include her Golden Globe Award nomination for Best Actress and Primetime Emmy Award nomination for Outstanding Lead Actress for her role in Netflix’s Insecure. She is also an author having penned The Misadventures of Awkward Black Girl in 2015. The work became a New York Times bestseller receiving wide acclaim.

Issa got married to Louis Diame in an exceptional wedding in France, where her parents met when they were in school. She has been in a longtime relationship with the Senegalese businessman. The lady behind the phrase “I’m rooting for everybody black” has also been previously named in Forbes’ 30 under 30 list and Time 100 list of the most influential people in the world.