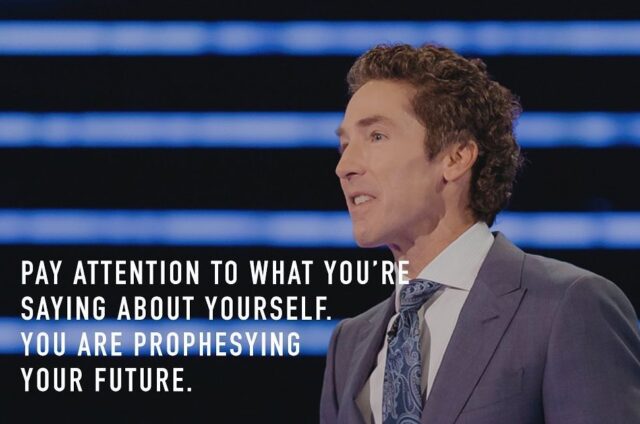 Joel Scott Osteen is an American based evangelist, entrepreneur and author known for delivering very impactful sermons. He is mostly known for his soft-spoken manner of spreading hope and positivity through his sermons. In this article, we will go through the early life, education and career of Joel Osteen.

Osteen was born in Houston, Texas to John Osteen and Dolores Osteen on March 5th, 1963. He is currently 58 years old.

The celebrated preacher enjoyed a blissful childhood alongside his five siblings. He attended his high school in the Humble, a city in Texas. Shortly after he pursued a tertiary education in radio and television communications in Oral Robert’s University, Oklahoma. However, he did not graduate from the university despite clearly accumulating a variety of necessary skills.

These skills were the precursor to him founding the Television program that would later air his father’s sermons. Too afraid to follow in his father’s footsteps, Joel steered clear from the limelight and preferred to work behind the scenes. He did this despite constant nudging from his father who was a Southern Baptist pastor.

It wasn’t until much later in his life that Joel Osteen gave in to his father’s requested to be a pastor or rather, a steward of The Word. As though he had completed his succession rites, Pastor John Osteen, his father, passed on in a week of him accepting the role. Osteen took it in stride and forged ahead to preach regularly in Lakewood church. It was then, in 1999, that the church started seeing an upward trajectory with more and more congregants attending church services.

Read: Richest Pastors in the World and Their Net Worth 2021

As a result, the membership grew tenfold and they eventually had to acquire a larger venue for their services. They expanded so much so that their viewership grew to over 100 countries all over the world. His mode of preaching has been characterized with an easy going manner that focuses on the goodness of God rather than incoming doom or punishment. This warm characteristic has garnered him even more followers.

Joel Osteen got married to one Victoria Osteen with whom they share the pastoral work. They are blessed with two children, a daughter and a son. Aside from shepherding his megachurch, Joel Osteen has also written books to compliment his preaching and to accommodate those who find joy in reading rather than listening. These books are mostly self-help and motivational books. They include 7 steps to living to your full potential released in 2004 and Become a better you: 7 keys to improving your life released in 2007.

Joel Osteen Net worth and assets

Joel Osteen’s net worth is drawn from the work he does as a pastor and as an entrepreneur. The assets he owns include his 17000 square foot home in River Oaks. His net worth is at an estimated $40.3 million.