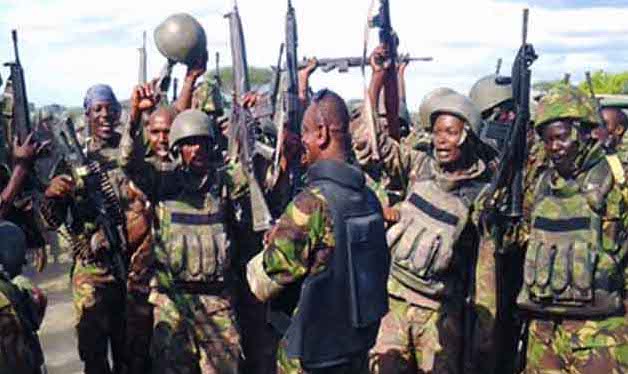 There is a common notion that the Kenya Defense Forces, commonly known as KDF remunerates well. This has seen many Kenyan youths aged between 26 and 34 years of age turning up for recruitment every year with hopes to be selected and earn huge sums of money.

Some even struggle to join the National youth service so as to be on the higher notch at the KDF selection arena, which has seen many of them selected into the forces successfully.

This is because most recruitment priorities are given to youths fresh from the National Youth Service.

Indeed, the army or defense forces in this context play a major role in any country. They ensure security and protects a country’s boundaries, among others.

In Kenya, the Kenya Defense Forces salary scales vary majorly depending on ranks. Other secondary factors include education, and years of experience. The KDF members are always exposed to major risks especially when they go outside boundaries on missions. All these risks see them with handsome allowances which inflates their salaries.

READ: Updated Kenya Police Salary Scales as per their Ranks 2022

Recently, the Kenya Defense Forces salaries were increased by 2.5 billion. The highest earning KDF employee is the Chief of Defense Forces (who is in the highest rank possible that one may achieve in the forces and earns Kshs. 1,120,000).

The Commander in Chief of the forces is the Presidents of the Republic whose salary is known. The lowest earning employee is in the rank of Private corporal (they pocket Kshs. 19,941 per month).