Kisumu county, in Kenya still hosts the granary for the academicians within and beyond the borders. The reason being, it has the best private primary schools that have been dominantly excellent in high quality education. These  schools include;

Golden Elite is a private 8-4-4 curriculum Primary school comprising of a reputable Early Childhood Development and Education preschool and a well performing primary school. The Institution was established in 2002 as a neighborhood Primary in Tom Mboya estate Kisumu offering primary and preschool classes.

It rapidly outgrew the school’s modest beginnings and in 2005, its primary school classes moved to class 8 where it did its’ first KCPE and was ranked among the top primary school nationally. Over the years the school has grown in size and population.

Further, it has refurbished its’ facilities over time; modernized learning resource center and introduced Computer lab. This has ensured that our students have access to the best learning and recreational resources.

The Elites is cherished as center of attraction because of two main reasons;  first, it understands that each student is unique in their strengths, talents and interests.

Secondly, staffs are motivated by the opportunity of creating an environment and fostering a mindset in each student that affords them a chance to continuously improve on their academic and extra-curricular interests.

Finally, the institution is considered to be ‘in loco parentis’ (in the place of a parent) and as such, always treat our students with respect and understanding.

The Western International is a private International school in Kenya established in 2012. The school admits students at any time of the academic year. To be precise, it offers rolling enrollment throughout the year as long as space is available.

The curriculum is built on an inquiry-based philosophy. The inquiry-based approach differs greatly from that of a Kenyan public school and is used by most International Schools throughout Africa and the rest of the world.

Another example of inquiry-based curriculum is the International Baccalaureate. In addition, the school offers both the English and Kenya National Curriculum.

The Aga Khan School, Kisumu was established in 1952 and is located along Otieno Oyoo Street in Kisumu City and neighbors the Aga Khan Hospital and the Jamia Mosque. Since its establishment, the School has developed into a two-streamed co-educational Primary School (Standard 1 to 8) catering for children of all creeds, nationalities and races, with a capacity for 600 students.

In keeping with the Aga Khan Education Service, Kenya philosophy, the School promotes holistic and child-centered education, preparing students to meet the challenges of a changing environment.

The school admits children from 2 – 6 years old. For any child to be enrolled into the school, the teachers organize to assess them. This ranges from observation as they interact with others or with the teacher, to informal one on one questioning as the teacher takes anecdotal notes.

Older children are expected to have acquired certain basic literacy and numeracy skills therefore they have a formal assessment.

Further, it is involved in Primary and Reproductive Health Care (Disciples of Mercy Health Center), Prison Outreaches in forty(40) prisons in the nation of Kenya in partnership with the Association Faith Churches and Ministers (AFCM) headquartered in the United State of America; School Outreaches, Hospital ministry (reaching out to the sick in other hospitals), a Special Needs Unit catering for the physically and mentally challenged children and lastly a department dedicated to supporting the Orphaned and vulnerable children and youth (OVCY) in the local community.

The school began its academic journey back in 1922 with a small batch of 12 Asian girls within the Arya Samaj Building.Gradually the number of pupils grew to 74 girls. By 1949 when it was then called Gujarati Girls School,it took its first group of girls to do the departmental examinations.

As the school population grew in leaps and bounds, the Gujarati Asian community at that time under the influence of Mr.G.M. Vasani and other members raised a handsome sum of Shs.100,000; from the business community.

Late in 1966 a batch of boys were admitted to the school for the first time so the school changed its’ name once more to its current name M.M.Shah Primary School.

Today the school population has risen from a paltry 12 girls back then to over 2000 pupils and from a humble staff of three teachers to slightly over 100 teachers now.

Going hand in hand with a steady and sure rise in academic excellence, the school has been topping the academic charts for the last 30 years at County and national levels. The school’s K.C.P.E positions have constantly been vacillating between positions 1 to 4 every other year.

It has been evident that our the and girls have gone ahead to join premier national schools as well as provincial level schools. The old school alumni is rich with all sorts of professionals across the job continuum both locally and abroad, thus proving our academic prowess in this region of the country.

Besides our pupils continuously scoop national awards in various academic and extracurricular disciplines. The school’s achievements have not been shy of the national media, with its pupils periodically being featured on Television and Print media being awarded trophies and garlanded for exemplary academic performance.

Finally, the pupils are not only known for academic excellence but also have talent as well. The pupils have over the years participated in music and drama festivals, sports activities, scouting and many other extracurricular activities both at county and national levels no wonder the headmaster’s office has not enough space for the avalanche of trophies we get from such activities every year. So, it’s true that the school is best all round.

In conclusion, Kisumu county is having highly esteemed schools that will form the best foundation for the learners of today. Make a wise investment for a better tomorrow. 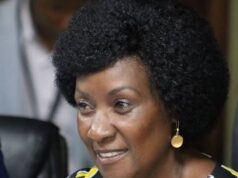 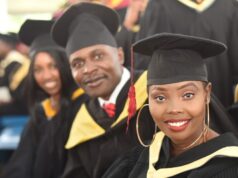 A List of Top 10 most Marketable Technical Courses to Pursue 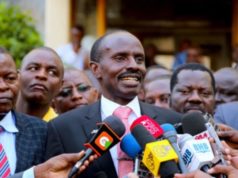 Why Teachers’ Salaries may be Slashed by Half From this Month 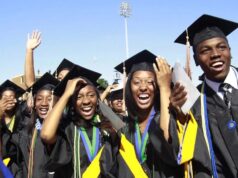 Top 10 Most Marketable Courses to Pursue In Kenya 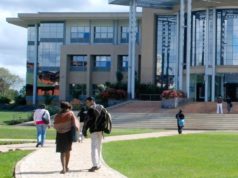 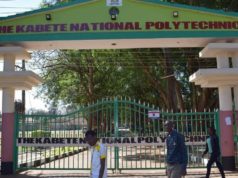