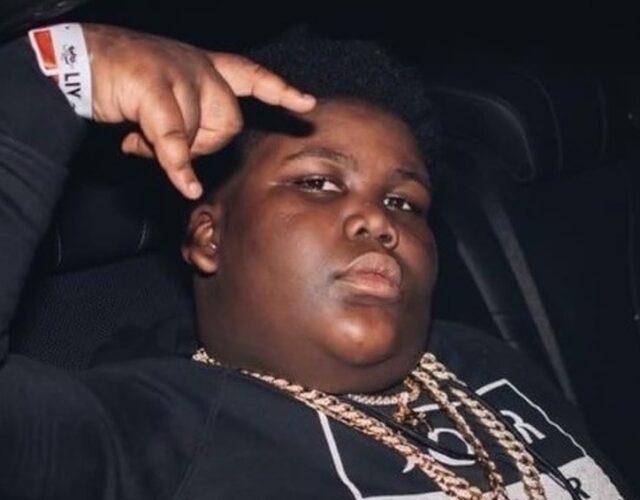 Lil TerRio is an Instagram star who rose to fame by popularizing ‘Oooh Kill ‘Em’ after sharing a dance video, of a song using the statement, that went viral online. This article looks into the teenager’s biography, net worth, background, and personal life.

He hails from Riverdale, Georgia where he was brought up by a single mother. The Vine star is as of 2021, fourteen years old. He was born in 2007 on 29th July.

Information on his background is yet to be made available to the public.

Before the present-day social media platforms were made popular, Vines were the key means of entertainment. Lil TerRio was recorded by a neighbor doing a dance with the ‘Oooh Kill ‘Em’ song who then posted the video on Vines attracting millions of views. The video got popular and was recreated by several stars online.

With the increasing numbers streaming in for the youngster, he caught the attention of manager Battle Herbert ‘Dooney’ who helped him use the influence and attention to make a coin out of it. Harshaw would charge for personal appearances and endorsements using the huge following he had gained.

He was brought up by his mum, who worked in the beauty industry. Additionally, Harshaw happens to be an only child. The success of his viral video led to a turnaround in his life as he began making a lot of money from partnerships, appearances in public spaces, among more.

Some sportsmen who took up the dance as celebratory moves on pitch include Austin Tevone, DeSean Jackson, and John Wall. Impressively, Lebron James used Lil TerRio’s popularized “Oooh Kill ‘Em” in an advertisement with Samsung.

Ad  Pay attention! Are you a student? If you are looking for experts to accurately do your home work, you can head on to Cheap Essay or check out where I usually Make my homework at affordable prices. Many students globally have had their share of success stories courtesy of Cheap Essay and Essay Have.