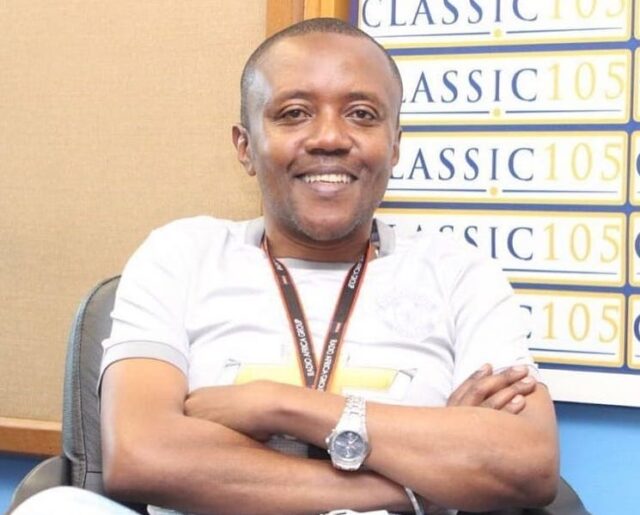 Maina Kageni, a top radio show host and former news anchor at KTN television is the subject of this article as we look at his biography. The excellent communicator has had quite a ride over his years and the climbs up mountains and down valleys on his way to his current situation. The steps he took to his present day are what we will be revealing and showing a lot of new things we bed you didn’t know about this staunch Red Devils fan.

Maina was born in Kenya on the 29th of June in 1974. The 47-year-old has grown up in Kenya and had the privilege to travel overseas on several occasions.

Maina attended Westlands Primary school, then proceeded to Laiser Hill High School before he flew to the United Kingdom to pursue a college degree. Shockingly to his mother when he went to celebrate her son’s graduation, she found out that he was not among the graduates.

Maina had gone to the UK and instead of pursuing school began working. He served as a truck driver and distributed fish for a Chinese firm in his time. This is the point at which his career and venture into business began.

Maina Kageni is an entrepreneur and radio host. These are his major income streams and he has proven that there is another way apart from going through school to be successful in life.

He has previously worked as a car dealer, making his profits in between the purchase and sale of new and second-hand vehicles over a long period of time.

As an excellent communicator, he got a role to work as a news anchor on a local television station, KTN, which is one of the most viewed stations in the country having been operation for more than 15 years. He currently hosts a wide listened-to morning show -Maina and Kingang’i on Classic 105 alongside Daniel Ndambuki (Churchill). 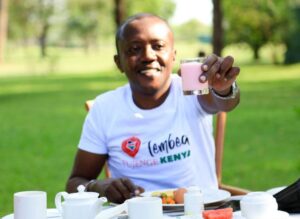 Maina is a sharp entrepreneur investing in top assets such as real estate. He owns residential properties in Nairobi, Florida and Miami.

On top of that, he is a brand endorser which is some extra cash he makes because of his garnered fan-base and span of influence. He has become a brand that most people would want to be involved with.

Maina Kigeni is not married and has no children confirmed by him to be his. He has faced the sharp tongue of critics concerning this, some even claiming that he is gay to which he denied. He has not affirmed his involvement with any woman yet and might as well be a very good secret keeper keeping things that are meant to be private, just that – private.

Maina Kageni Net worth and Assets

Maina Kageni is estimated to earn an estimate of close to Kshs 2,000,000 per month from his several works and ventures. He earns rental income and, on some occasions, capital gain on his initial investments such as his co-owned modeling agency in Lagos, Nigeria.

The man owns sleek and luxurious cars including a BMW X6 and a Hummer. These cost quite some money and statement makers by themselves.

The total estimate of his value is thought to be over Kshs 250 million clearly his pockets run deep.