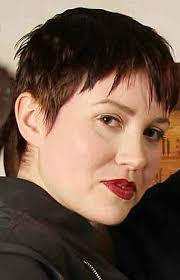 Marieangela King aka Queenie is a musician who belongs to KING, an American band formed by siblings who went on to produce great music together. This article looks into her biography highlighting her background, musical career, and personal life details.

She was born on 16th July 1987 in Mumbai, India to her parents Michael Jaffray King and Irmgard King. Her father is British while her mum is German giving her and her siblings dual citizenship.  Her siblings are brothers Trillion, David Lucius, sisters Jazzy, Ruby, Michelle, and Jemima.

Just like her siblings, Marieangela was homeschooled by her parents.

In 1997, five siblings Trillion, Queenie, Jazzy, Ruby, and David Lucius came together and formed King Family, a pop music group that would attract World Records/Warner Music Group attention-seeking to sign the young group. The King parents however were against this as they felt that the children were too young to go into the music business. In 2007, the siblings formed their own band and would then be signed to German EMI Capitol Records.

Between 2007 and 2009 working with EMI, the band released chart-topping music such as Carry Me Home and several albums. After leaving EMI, the band rebranded to KING and relocated to the States chasing their musical goals. Two siblings Ruby and Jazzy however left the band in 2013 forming Blonde Electra and Jemima joined the band instead.

Marieangela got engaged to Elijah Blue Allman on 25th November 2013 and tied the knot five days later on 1st December in their Beverly Hills, California home. Elijah Blue is the son of the goddess of pop; Cher and Gregg Allman. Their love story began as a blind date in early 2013 and by the end of the year, they were man and wife. Elijah is also a musician belonging to a rock band called Deadsy.

Marieangela King Net Worth and Property

From her music career with her siblings, Queenie is estimated to be worth $200,000.