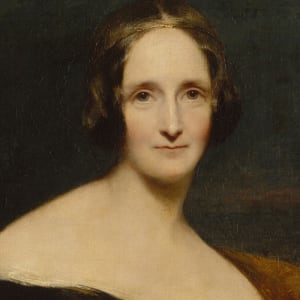 Mary Shelley was a writer whose life story is worth knowing. She is credited for writing one of the best horror novels in history among other publications over her lifetime. This article takes a closer look at her biography showing details about her life that most readers were unaware of.

She was born to a political writer and philosopher and a feminist mother Mary Wollstonecrafton August 30, 1797, and named Mary Wollstonecraft Godwin. Mary’s mother passed on ten days after delivering her and her father was William Godwin. Her father, in 1792 penned The Vindication of the Rights of Woman and remarried a lady named Mary Jane Clairmont in 1801. From the new marriage, Mary now had a step-sister named Imlay Fanny.

She did not receive a formal education as her stepmother did not see it necessary to put her in school like Fanny. As a result, she educated herself in her father’s extensive library taking in a lot of varied information. She also got tutorial sessions by a governess, and in her formative years joined a boarding school.

Her career as a writer started off as a means for her to declutter her thoughts and share her frustrations with her step-family. She is said to have spent days reading by her mother’s graveside as her lonesomeness grew. Over her writing years, she wrote “History of a Six Weeks’ Tour”, “Frankenstein, or the Modern Prometheus”, “Lodore”, “Mathilde”, “Valperga”, and “The Last Man”. Out of all her publications, Frankenstein has remained the most popular with it being read around the world. Its film was released in 1994.

Percy Bysshe Shelley, who would later become Mary’s husband, was her father’s student. The two met and after a while, the two eloped to start a relationship despite the fact that Percy was married. The two lost three of their children in the marriage and only one son Percy Florence lived. Tragically, the couple was faced with two suicides – one by Mary’s step-sister and the other by Percy’s first wife. Later on, her husband Percy drowned, widowing her at the age of twenty-four.

Mary Shelly died on February 1, 1851, when she succumbed to brain cancer aged fifty-three.