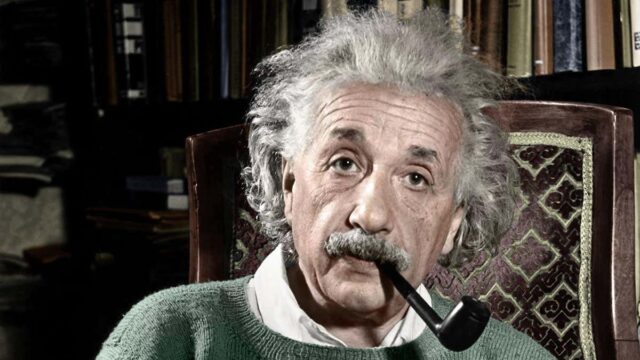 One of the greatest men to have ever existed was German-American physicist Albert Einstein whose contributions to Science and society at large are invaluable. Do you often wonder how the life of a man whose IQ ranged between 205 and 255 looked like? This article is on Albert Einstein’s biography highlighting his background, education background, career, and personal life details.

Albert was born on March 14, 1879, in Germany to her parents Koch Pauline and Hermann Einstein. He had one sister named Maria.

Albert was enrolled at Luitpold Gymnasium for school where he often felt that the education system was not suitable for him. The Prussian system undermined the learners’ creativity and originality as they barely put them into use. Later on, he went to a special high school in Switzerland where upon graduation he renounced his German citizenship. This was in 1896, the year before joining the Swiss Federal Polytechnic School.

Albert’s Scientific career was filled with huge successes, discoveries, and indispensable contributions to modern-day Science. In 1921, Albert was a Nobel Prize for Physics winner for his photoelectric effect explanation. This was arguably the peak of his career, although he continued on to publish more works and formulate theories, and the world’s most famous equation,” E = mc2’. He wrote four papers that eventually altered the course of modern physics titled:

Einstein is also famous for formulation the relativity principle stating that “the speed of light is a constant in any inertial frame (constantly moving frame). During his career, he also collaborated with the government on matters around the development of an atomic bomb.

Einstein grew as a child fascinated by the compass that would have invisible forces wielding the needle into deflection, Geometry, and religion. He started out as a deeply religious boy studying the Bible and leading a Christian life before the information he got from Science began contradicting what religion professed.

Max Talmud/Talmey was Alert’s informal tutor who guided him into the deeper world of Philosophy, and Mathematics. He would give the young lass books and resources to sharpen his mind. Einstein credited Max for his role in supporting his quest for knowledge.

Socially, he married Mileva Maric who was also a student of Physics. The two had children Lieserl, Hans Albert, and Eduard. Eduard would later be diagnosed Schizophrenic and be institutionalized for life.

After his father’s death, Albert felt the need to make his father proud and not be seen as a failure. This pushed him to high heights of achievement.

The physicist and science philosopher died of an abdominal aortic aneurysm on 18th April 1955.