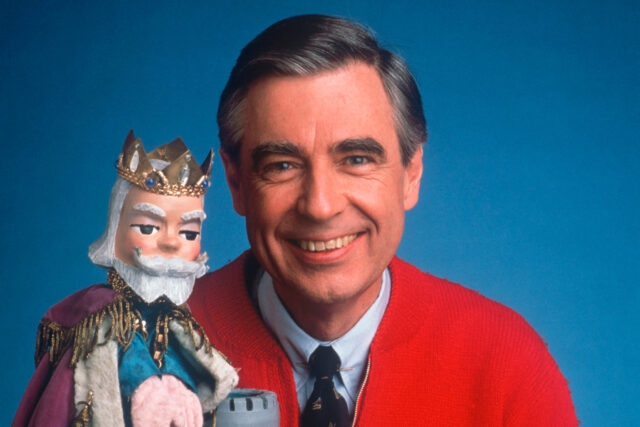 The late Mister Rogers was a puppeteer and ordained minister who is fondly remembered for hosting Mister Rogers’ Neighborhood between 1968 and 2001. His life was committed to service and left behind a legacy that still lives on to date. This article looks into Mister Rogers’ biography highlighting his background, career journey, personal life, and legacy.

He was born on 20th March 1928 as an only child to his parents Nancy and James Rogers in Latrobe, Pennsylvania. When he was eleven, he got a younger sibling after his parents adopted a young girl.

He also attended the Pittsburgh Theological Seminary from where he was awarded his divinity degree in 1962 making him an ordained minister. Fred Rogers was commissioned to serve children through his platforms as he was already on air.

He was interested in being a part of the television revolution and committed to realizing that dream. For his first job, Rogers worked in the role of floor manager and assistant of NBC’s music programs in New York. he then took up a programming role in 1953 before he co-programmed The Children’s Corner, the show that would heavily influence and shape his own show; Mister Rogers’ Neighbourhood.

Mister Roger’s Neighbourhood was a puppet show that gained incredible popularity from the 70s onwards. His wife Sara Joanne was also on the show playing Queen Sara. With hisMister Rogers Music Composition degree, he wrote two hundred songs for the show, and with the excellence there, the show won several awards and recognitions.

He was married to Sara Joanne whom he met in university and the two nurtured a friendship that soon became a relationship that would end in building a family together. The two enjoyed a common sense of humor and a love for music which they both pursued at the university. Interestingly, Mister Rogers proposed to his wife via a letter when they were miles apart from each other on studies. They got married in 1952 and later on had two sons named Jim and John.

Succumbing to stomach cancer, Fred Rogers died in his home at his wife’s side on 27th February 2003. She committed to continue supporting her husband’s legacy. Joane was true to this until her death in January 2021. She was a leader in the Fred Rogers Center for Early Learning and Children’s Media and Fred Rogers Productions. Speaking at events related to her late husband and forwarding books on his life, Joane was truly supportive of the legacy he left behind.