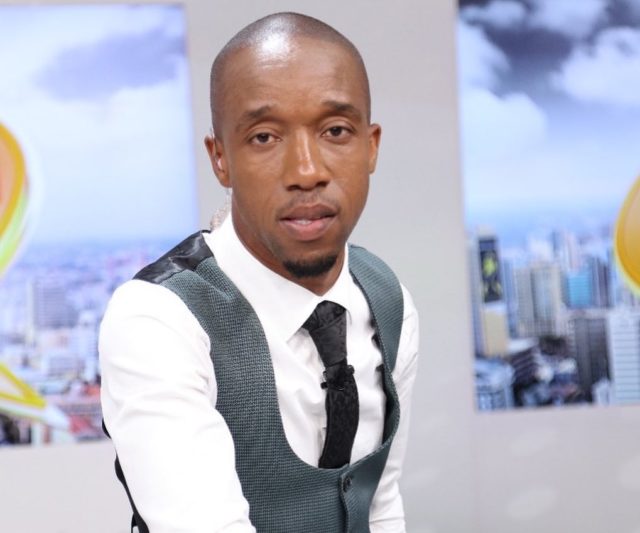 Abdalla is kind of a man who opens up on his personal matters. He opens up about his wife’s virtues one of them being marrying her when she was still a virgin.

Rashid’s real age is not in the public domain. He was born in the coastal region of Kenya. Rashid grew up in a staunch Muslim doctrine.

Rashid is married to Lulu Hassan whom the they were paired together to broadcast after the exit of Kanze Dena from Royal Media Services. The two wedded in a private wedding whereby only close relatives and friends were invited. Rashid and Lulu brought forth three beautiful kids; two sons and a daughter.

Rashid attended the interviews, won and joined Radio Salaam in 2006, where he met Lulu Hassan during the day of interview. Rashid later moved to QTV as a reporter and a news broadcaster. He moved to NTV where he served for quite some time. Rashid was popularly known for his news segment ‘swali moja’ that attracted many viewers to NTV.

Back at Nation Media Group, Rashid had a morning and evening show on Qfm and a series of shows on QTV. Following the closure of the radio station after persistent loss making, many media personalities lost jobs. Rashid was among the lucky who secured jobs at NTV. He later joined the Royal Media Services (RMS), where he broadcasts with his wife Lulu till now.

Back in the year 2013, more controversies rented online that Sheila Mwanyigha and Rashid Abdalla were having a romantic affair. However, It reached a point where Sheila herself confessed on interviews about the matter.

Rashid Abdalla Net Worth and Salary

His estimated net worth as of the year 2021 is over Kshs. 100 Million. He gets most of his income from the profession and brand deals. His wife also earns handsome pays from Royal media Group. Rashid earns more that 350,000 each and every month for working at citizen television.