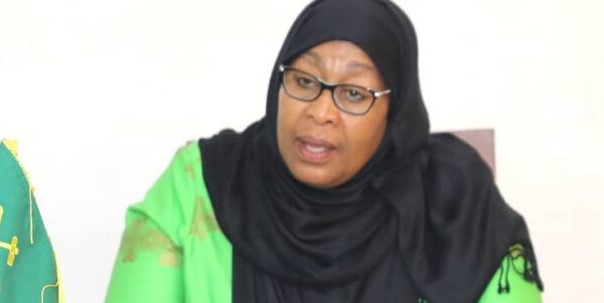 Samia Hassan Suluhu is Tanzania’s designated President following the death of President John Magufuli who was receiving treatment for a heart condition he had been battling with for a decade. At the time of his passing, Samia Hassan was Tanzania’s vice president making history as the pioneer female in that position. She came into the office in 2015 and the duo was re-elected in 2020 serving their second term until the late John Magufuli succumbed to heart related conditions on 17th March, 2021.

Samia Suluhu hails from Zanzibar and was born in 1960 on January 27th. She is currently sixty-one years old as she takes up office to finish the remainder of Magufuli’s term as Tanzania’s head of state.

Samia Hassan is a widely read and studied leader and has a remarkable academic background. She is an alumnus of Mzumbe University, University of Manchester, Southern New Hampshire University and Open University of Tanzania. Her academic trainings are in the fields of Economics and Administration. Moreover, she has taken up more short-term courses to upgrade her skill set and herself as a leader.

Samia’s political career in Tanzania began after she completed her secondary school education. Her entry level role was a clerical duty she performed at the Ministry of Planning. She officially took a keen interest in Tanzania’s political arena in 2000 holding a ministerial position in Zanzibar after official go-ahead from the then head of state, Karume Amani. She had to stand the heat of being a female in the immensely male-dominated space and keep pushing as she would be the one to open the doors for other women to follow.

She afterwards served in another ministerial capacity under Jakaya Kikwete’s administration. Her performance and contribution in Tanzania’s political space was commendable and she was tasked with other roles such as leading a committee that would be tasked with drafting a new Law of the Land. The late Magufuli chose her for his running mate in 2015, a path that has now made her the first female president of Tanzania and in East Africa.

Samia is a Muslim be religion, like the majority of the population and Tanzania. She is a mother of four and wife to Ameir Hafidh.

Samia Suluhu’s net worth is approximately over $730,000 and information detailing her asset portfolio yet to be made publicly available.