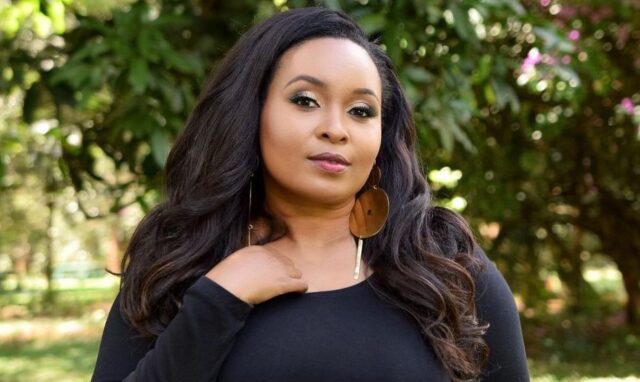 You might remember her from her musical career as Nikki or from her time as co-host at Tusker Project Fame. Sheila Mwanyigha has been in the media for quite some time now as a radio and television personality. She has worked with several artists in her musical career and seeks to explore new opportunities whenever the chance arises.

Despite facing sharp criticism from the public regarding her being single and into her 40s, she continues to work hard, make money moves, and take care of herself. She receives a lot of attention since she has a curvaceous body and has in the past wowed many by her transformation after spending time working out and dedicating herself to sporty activities. This article looks at the biography of the talented Sheila Mwanyigha and what her background entails. The article will also give answers on some of the questions her fans might have given that she has not been in the limelight for a while now.

Sheila is Kenyan by birth and has managed to keep her age details neatly under wraps all these years. She however is in her forties and is yet to share details concerning her family.

The media personality who turns heads around is a graduate, having to her name a Masters degree of Arts in Sociology from the University of Nairobi where she specialized in Medical Psychology. She however did not practice the same and found that radio was a better fit for her personality.

Sheila came to the spotlight in 1997 under her stage name, Nikki, as a recording artist. She was primarily involved in romantic songs. She also worked with rappers as a featured artist and over her career did songs such as ‘Niwe Wako Milele’, ‘Kipofu’, ‘Songs Hapa’, and ‘Mapenzi Tele’. Her melodious voice enchanted many and after her disappearance from the entertainment scene had many fans disappointed.

After music, she went into radio presenting where she found a great space for her to express herself and engage with listeners. She has often reminisced on her times as a radio show host describing it as very fulfilling and that she did not have as heavy pressures as television presented. For instance, she did not need to dress up and look spectacular when doing radio shows as her voice did all the work unlike television where appearance is a big and crucial factor for presenters and hosts.

After radio, she landed a role to co-host Tusker Project Fame, a Kenyan show that sought to hone the skills of young artists who would compete before a set of judges in competing for a lucrative music deal and a substantial amount of money on emerging victorious. The show brought up several local artists that wowed the country such as Amos and Josh, and Ruth Matete.

After Tusker Project Fame, Sheila Mwanyigha was appointed leader of East FM which is now known as Nation FM where she headed the team for a while before moving to Ebru TV. At Ebru TV, she earned the role of show presenter. She also worked as a morning show host on one of Kenya’s largest media houses, NTV.

Sheila is unmarried and has revealed that she has declined three marriage proposals on different grounds such as incompatibility. She is unbowed to societal pressures of having married at a certain age and had a family on what society terms as the ‘right time’. She insists on not settling for less than what one is looking for and deserves.

In her past, she has been in a relationship with Hip Hop artist Prezzo during her time as an active recording musician. She later dated Rashid Abdalla, currently husband of Lulu Hassan. She has confessed that she was madly in love with him and was heartbroken when they had to part ways. Rashid Abdalla went abroad for further studies at the time of their courtship and on returning home, Sheila says that their relationship was not the same. He seemed drifted away from her and she attributed it to the presence of another lady in the picture. Her song, ‘Niwe Wako Milele’ was inspired by the incident which she says broke her and that she had to let it go. In the song, she professes her love for Rashid and confesses her pain following their separation.

Recently, Sheila Mwanyigha has staged a resurface in the music industry having released a new single, titled Pole Pole. The song is still in line with her genre of slow romantic music. She released the song on her birthday this year, 2020, expressing her excitement on the project and hopes for positive feedback from her fans who have been waiting for more of her music. Her song ‘Niwe Wako Milele’ was a major hit that set the bar for her future projects.

Sheila Mwanyigha Net worth and Assets

Sheila Mwanyigha runs a YouTube channel that supplements her income titled Sheila Lives Out Loud. Details on her exact net worth has not yet been established at the time of this article’s publication nor the details on the assets under her name made available to the public.