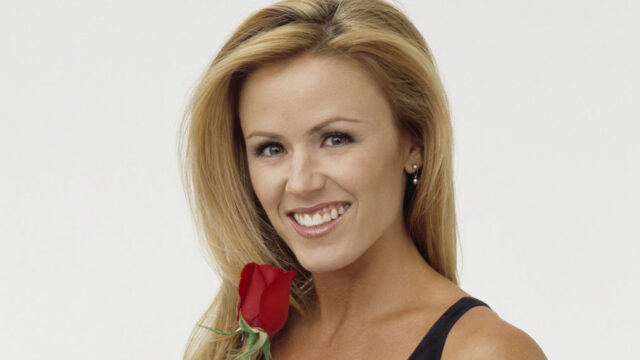 Trista Sutter is a famous television personality, dancer, and physical therapist who made it to the public limelight for her appearances in several highly watched and followed TV series. This article looks into her biography highlighting her background, academic history, career journey, and personal life details.

She was Trista Nicole Rehn on 28th October 1972 in Indianapolis, Indiana. Her parents however relocated to St. Louis, Missouri shortly after her birth and therefore was raised there.

She is an alumnus of Indiana University where she pursued an undergraduate degree in Exercise Science and later on joined the University of Miami to pursue her master’s degree in Physical Therapy.

After school, she worked at Miami Children’s Hospital in the pediatric physical therapy department and at the same time was dancing for the Miami Heat basketball team. After a while, she felt the need for a new and exciting thing to commit to, and this pushed her to contest as one of the twenty-five bachelorettes that would be aired on ABC in the new show – The Bachelor.

Trista Sutter has been in the public limelight on Television on several shows. She has been on Fear Factor, Dancing with the Stars, and The Bachelor which was the one that propelled her to fame. In the first season, the show ended with her in the second position. This was a blessing in disguise or a preparatory move for the actress who would be cast as the star in season 1 of The Bachelorette. She actually met her future husband upon the show’s end. Trista would fall in love with Ryan Sutter who worked as a firefighter and he later made his proposal to her on television that would be watched by 30 million people around the world.

Other shows she was featured in included Dancing with the Stars that was nominated for the Emmys, The View, Good Day Live, Trista and Ryan’s Honeymoon Hotspots, Marriage Boot Camp: Reality Stars with Ryan, and VH1’s All Access. Her career has also seen her work as a correspondent for Good Morning America, Miss America, and Extra. Moreover, Trista’s career has seen her be interviewed in Ellen, The Rachael Ray Show, The Oprah Winfrey Show, and The Tonight Show among more.

Mrs. Sutter is also a published author who wrote her first book in 2013 titled Happily Ever After: The Life-Changing Power of a Grateful Heart. Additionally, she is a columnist who makes blogs and contributions to publications such as Redbook, E! Online, People, The Oprah Magazine, Woman’s World, MOM Magazine, TV Guide, Ok!, US Weekly, and Maxim among others.

With Rya, Trista is the mother of two children – Maxwell Alston born on 26th July 2007, and their daughter Blakesley Grace born on 3rd April 2009. The family is based in Eagle County, Colorado.

Her net worth is estimated to be $500,000 credited to her businesses and works.