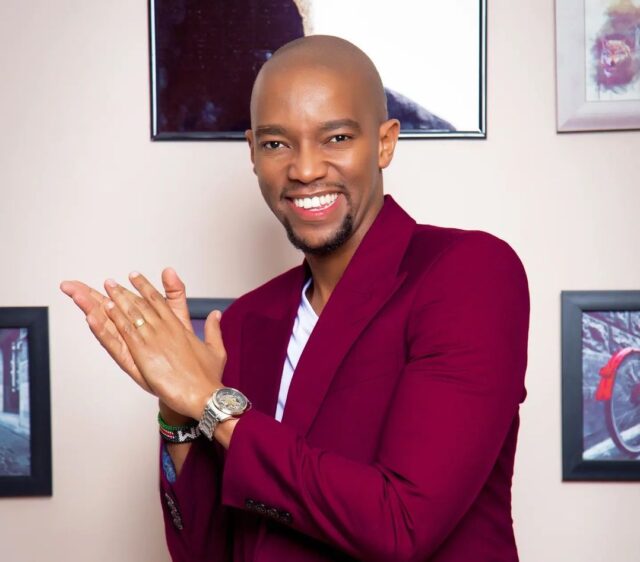 Waihiga Mwaura is a Kenyan award-winning journalist currently working at Citizen TV. He has been in the industry for about ten years and has gained himself quite a reputation as he is never involved in any controversies.

Together with his family, Mwaura grew up in Nairobi, in Donholm and Westlands estate. Mwaura’s parents are both Christians who raised their kids in Christianity. They are both lawyers who wanted their kids to follow in their footsteps.

Mwaura attended Rusinga schools in Lavington for his early education. He later joined the African Nazarene University where he studied Computer Science and graduated with a degree in the same. However, he knew that he was not interested in IT.

After obtaining his degree, Mwaura worked at an NGO as an intern for a while before he was employed as a teller at a bank. However, he was also uninterested in this and later quit the job at 25 years. At the same time, his pastor had told him that he was talented and that he should join the media.

This was when he used to be an emcee at their church, however, Mwaura didn’t take him seriously at the time. After quitting his bank teller job, Mwaura met Ephy Hunja, who was a veteran journalist worshipping in the same church. Ephy guided him into making it in the media.

In 2009, Mwaura was lucky to land a job at Citizen TV as the host of ‘Zinduka’, which was a youth entrepreneurship show. He later became part of the Power Breakfast team as a sports commentator after a year of working at Citizen TV.

In 2013, Mwaura was promoted to a primetime sports anchor on Citizen Weekend. In 2015, he was behind the making of ‘Poisoned Spikes’ which was a damning documentary focusing on issues of doping in Kenya. The documentary caught the attention of many, including the World Anti-doping Agency.

Mwaura traveled to Rio in Brazil to cover the Rio games in 2016. He reported mistreatment of Kenyan athletes by officials and misuse of public funds by the officials. As a result, he was interrogated by the DCI and later testified before a commission by the sports ministry.

In the 2017 general elections, Mwaura joined the politics and current affairs desk as one of the hosts of Citizen Extra. Mwaura currently works as a co-host of Friday night, a weekly news bulletin. He also hosts Daybreak, which is a morning show.

Waihiga Mwaura is married to award-winning gospel singer and development specialist Joyce Omondi. The couple has no kids and is not in a hurry to get them soon.

The journalist’s exact net worth is not known. However, it is estimated to be kshs 100 million, with most of his wealth being earned from his journalism career.