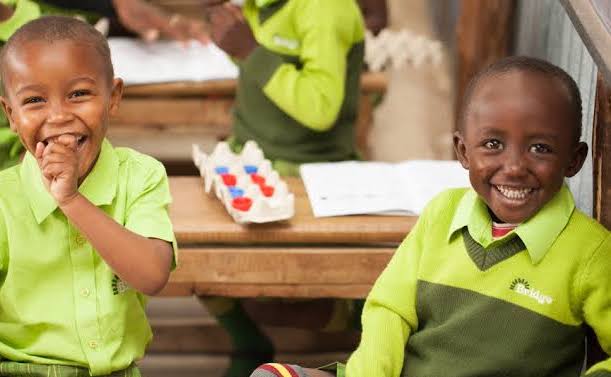 Jinja is amongst the major towns in Uganda that has escalated level of education that has been attributed to the many number of schools established. Amongst the cherished private schools include; Kiira junior Prep International School, Kings way junior school, Global Junior School- Mukono Jinja Christian school and Bridge International Academy.

Based on the international standards, the Pre-school provides a nurturing environment in which young children are encouraged to develop their independence and self-confidence through an individualized curriculum created for each child.

The institution was established in 2001 by Mr. Frank Muramura and Mrs. Loy Muramura with the purpose of providing children with all round education to be able to appreciate the facts and trends of life to compliment government’s efforts in providing Universal Primary Education, create a healthy competition with other educational institutions of the same level.

The school employs well qualified and trained teaching staff with vast experience, who must first do both oral and written interviews. Employment is based on merit.

The school follows the Ugandan syllabus offering all UNEB Examination subjects at PLE and others like Kiswahili, Agriculture, PAPE, IPS and Computer lessons.

It is an inter-domination religious school where faith is stressed. The planned capacity of the school is 1120 children. In the first year, the school attracted only 53 pupils and in 2002, the school had its first candidate class (P.7)

The school began as a Pre –Primary and Primary, Day and Boarding School. At the time it was established in 2005 it had a population of 150 children and with a team of 16 teachers.

At the moment, it has now grown to 1,800 pupils, teaching staff of 75 both young and men and women who blend in together. The teachers are competent, well qualified committed and dedicated towards attaining the school aims and objectives.

In regards to performance, school boasts of its outstanding performance in seven sittings in the primary leaving Examinations, it managed to emerge among the best performing schools in Mukono and Uganda at large.

In the most recent results, the institution has also emerged as second best in Mukono second to Namagunga Primary school and best Private school too. In addition, continued to excel and are committed towards nurturing a holistic child who will fit in today’s’ competitive world. The Global school is honored for a number of achievements which comprise;

Jinja school was established on 4th February, 2013.It has been established to provide quality Christian education to children in the Jinja District. It is located in the village of Wairaka, just 10 minutes from central Jinja. It currently draws students from both the local area and from the wider Jinja District.

The teaching staff are all Ugandans who are working closely with the founders of the school, Anne and Ron Matheson, Australian teachers with over 50 years experience between them in Australian and International schools. Their aim is to provide the teachers with skills and resources to teach with a wider variety of teaching strategies to accommodate the different learning styles of the children in each.

Assessment is completed in a variety of manners with examinations only being used in upper levels. Assessment is seen to be ongoing and also in line with competencies. So, it is competencies that are being assessed rather than whether a child has been able to cram for an examination.

Reporting is also on a competency basis and parents are provided with detailed information about areas in which their child is competent and those areas that are in need of further development.

In line with the Christian basis of all that is done at the school, there is no ranking of children within the class. Children are seen as being gifted differently and all abilities and achievements are celebrated.

The Bridge run a range of affordable schools across Uganda, working closely with the Ministry for Education and Sports to help improve education outcomes. Over two-thirds of the schools have been fully approved by local district officials with the remainder in the final stages of the process.

The academy design lessons based on the Ugandan curriculum. In 2017, the first cohort of pupils sat the national exit exam (PLE) and 100% of pupils passed. Over 93% of Bridge graduates scored in division 1 or 2, compared to 56% nationwide; falling to only 44% in the eastern districts.

In conclusion, the above outlined schools are best school for you today. Make your choice now for a quality education.

A list of Most Marketable Courses Offered at Makerere University 2022