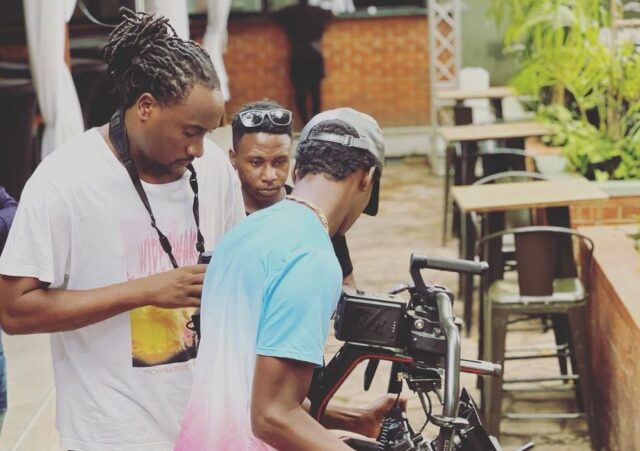 Sasha Vybz is the founder and CEO of Savy Filmz in Uganda. The company focuses on creating motion pictures, mainly movies, music videos, and documentaries. Born Ian Akankwasa, Sasha Vybz is one of the biggest music video directors in Uganda.

He has worked with artists such as Sheebah, Patoranking, Bebe Cool, and Toniks. The talented video director has won awards, including ‘The Best Music Video Director’ at the 2019 African Muzik Awards in Dallas, Texas. Some of the songs he has worked on include ‘Jordan’ by Sheebah and ‘Stress-Free’ by Facee Off and Eddy Kenzo, to mention a few.

Daniel Senteza, famous as Ace Daniels is a fast-rising Ugandan video director. Some of the songs he has worked on include; ‘Gyenvudde’ by Bebe Cool, ‘Balisa Maaso’ by Spice Diana, ‘Killer Portion’ by Nince Henry, and ‘Answers’ by Allan Hendricks among others.

Shilloh is among the most talented music video directors in Ugandan. He has worked with big artists like Navio in shooting his music video ‘Njogereza’.

Hassan is a creative music video director and entrepreneur running Hasz media. He has worked with artists like Spice Diana, Brenda Birungi, Esther Nabatanzi, Tasha Amara, and Martha Mukisa among others.

Read: Best Music Producers in Uganda and their Major Projects

Some of the songs he has worked on include; ‘Gwensonga’ by Spice Diana and ‘Tonta’ by Brenda Birungi among others.

Marvin Musoke is a famous Ugandan Cinematographer and Video Director. He is the man behind Swangz Avenue’s visuals. He co-directed ‘Kwata Essimu’ by Freeboy and Winnie Nwagi.

Other Ugandan video directors at the top of the list include Biko, Brivian, and Cyber