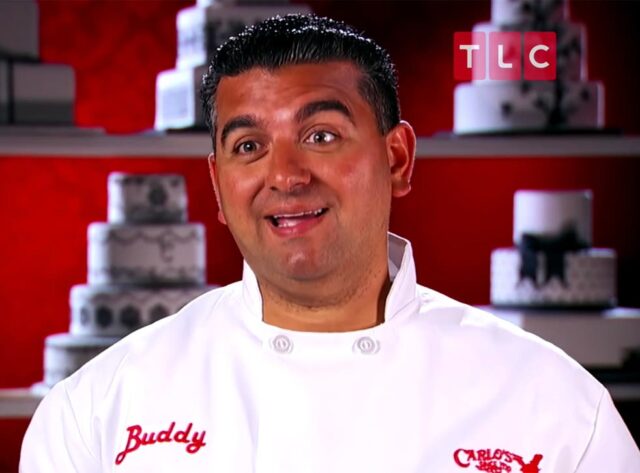 Buddy Valastro is a celebrity chef who has used his skills to continue and scale his family business and serve in prominent positions. This article looks into his biography highlighting his background, education, career journey, and personal life details.

He was born Bartolo Valastro Jr in Hoboken, New Jersey on 3rd March 1977 to his parents Bartolo Valastro Sr and Mary Valastro. He grew up with his siblings in a large family as their parents ran a bakery business.

When he was just eleven years old, he began working at Carlo’s Bakery, their family bakery business. Bartolo Sr. had purchased the shop in 1964 and ran it as a renowned baker. When Buddy was seventeen years old, he, unfortunately, lost his father and would thus become the sole runner of the business. Throughout the years he had worked under his father’s guidance, he knew that his father had big plans for the shop and to make it a household name.

In 2007, he joined the Food Network Challenge and afterward would get connected with several individuals in the industry. This was the beginning of Cake Boss, a show that had had him, his mother, and four sisters and was primarily based on baking. To date, the show has produced more than eight seasons attributed to its success in relating and appealing to several thousands across the world.

Carlo’s Bakery would then be expanded into new locations and across New Jersey has seven branches and more in other states. Bakin with The Boss Tour was his next big venture in 2010 when he baked and told stories of his Italian heritage. Four years later, he launched Buddy V’s Events which is a catering and events planning company that focuses on family-based gatherings such as weddings and galas.

One of his most successful collaborations was in 2016 when he worked with Whole Earth Sweetener Co. on a campaign that became successful. He also did a cameo in the flick ‘Bridesmaids’, The Next Great Baker, Buddy’s Family Vacation, Battle of the Cooks, Bakery Rescue, and got a guest judge role on The Apprentice and guest mentor on Food Network Challenge. Other projects include his published book titled Cake Boss, Stories and Recipes, and the shows Battle of the Bakers and Bakers vs. Fakers.

His four sisters Lisa, Mary, Grace, and Maddalena also chipped in the family business but did not go as hard as Buddy did. He would, later on, marry Elisabetta alias Lisa, and together have four children named Buddy Valastro Jr., Carlo, Marco, and Sofia Valastro. The family lived in East Hanover Township, New Jersey before they relocated to Montville.

In September 2020, the chef had his right hand impaled by a pinsetter at his home bowling alley. His family had to cut him out of the machine in rescuing him and as a result, underwent two emergency surgeries.

He is worth approximately $3,000,000 attributed to a successful bakery business.