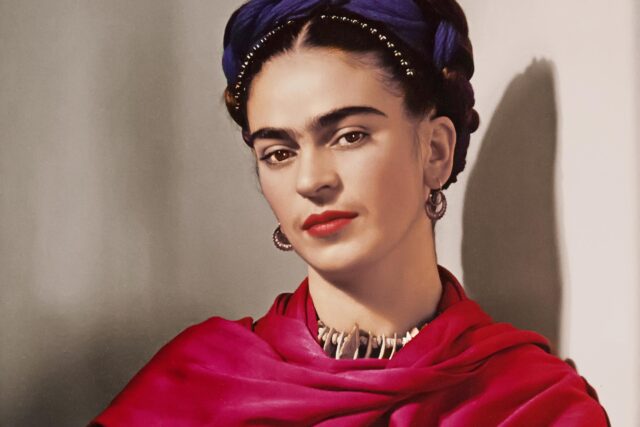 Art has and always will hold a special place in society allowing for the deepest expressions of oneself. Frida Kahlo was a Mexican artist whose works are incredibly iconic and represented many aspects of society, a prominent one being some of the earliest Feminist pieces. Despite a tumultuous, Frida Kahlo is a legend whose story remains told around the world. This article looks into her life story and the times of the feminist icon.

She was a student at the National Preparatory School beginning in 1922.

Her career was greatly influenced by her personal life experiences. Frida was involved in a grisly road accident with her friend Alejandro Gómez Arias leaving her greatly injured. After this period, she went on to create self-portraits that were identifiable by her portrayal of her eyebrows that would come close to touching.

Kahlo was a member of the Young Communist League and the Mexican Communist Party as her art took a political path later on. She was able to showcase her work in several galleries including the New York City one where she got to sell around thirteen pieces, in Paris, and another in Mexico.  Her engagement in Art circles led her to meet great artists like Pablo Picasso and Marcel Duchamp.

Her work was so greatly impactful that she was commissioned by the Mexican government in 1941 to do portraits of five important women in the country. She was however unable to finish the project after Frida lost her father and her chronic health problems pressed on.

Some of her pieces include the 1931 Frieda and Diego Rivera, the 1932 Henry Ford Hospital, the 1939 The Suicide of Dorothy Hale and The Two Fridas, and the 1944 The Broken Column.

She lived a life that was ridden with health problems from a young age. She contracted polio aged six. In 1925, on a fateful 17th day of September, she was involved in a tragic accident while on transit with a friend named Alejandro Gómez Arias. The accident hospitalized her at the Red Cross Hospital in Mexico.

Diego Rivera was her husband from 1929 after meeting seven years prior. Rivera was a political artist allied with the Communists. The two had a rough marriage that ended up in a divorce in 1939 but remarried the following year. Diego was disloyal going to the extent of sleeping with Frida’s own blood sister. This broke her heart and propelled her health problems of bronchial pneumonia and gangrene. She had three sisters named Cristina, Matilde, and Adriana.

Frida passed on on 13th July in 1954 due to pulmonary embolism leaving behind a legacy in her art. In 2002, a film on her biography was released titled Frida, Frida: A Biography of Frida Kahlo