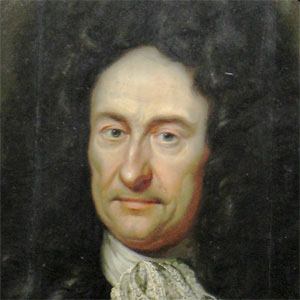 Gottfried Wilhelm Leibniz was a German philosopher and mathematician whose contributions to the principles remain indelible to date. His life was a gift to humanity offering progressive thought ideas that have made an impact to millions of people and counting. This article looks into ‘the optimist’s’ biography taking note of his life achievements and background.

He was born on July 1, 1646 in Leipzig, Germany to his parents Leibniz Friedrich and Shmuck Catharina.

He attended the Nicolai School for his first school exposure but spent much more time teaching himself away in his father’s library. He then went into three universities; the University of Altdorf, Law Leipzig University, and the University of Jena.

His career will always be hailed for his contributions to Optimism; The idea that the current world is the best of all possible worlds, and was created by a freely thinking God who chose this for a good reason. This school of thought has been embraced all over the world with some philosophers building more on it.

Gottfried also contributed to Mathematics subjects including matrices, integral and differential calculus, and the modern binary system. Not only did he make these contributions but also made some of his own Philosophy inputs. He is most famous for contributing to Optimism, but he also chipped in on Monads and Philosophy of Mind. he pushed the idea of the presence of monads in his metaphysics system.

Monads are basic substances that make up the universe but lack spatial extension thus are immaterial and cannot be perceived by the senses. All monads are unique, dynamic, indestructible, and soullike subject only to their perceptions and appetites.

He passed away on 14th November 1716 in Hanover Germany.