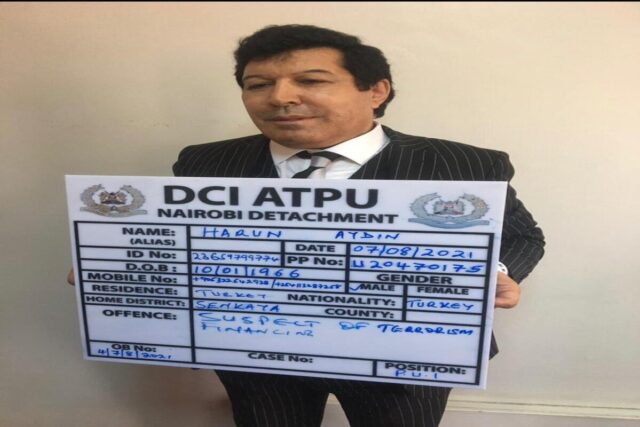 Harun Aydin is a businessman from Turkey who has been in the Kenyan public limelight due to his alleged affiliation with the Deputy President framed as a crime. This article looks into his biography highlighting his background, career journey, and recent developments in his arrest.

He hails from Turkey where he was born and raised in the 1960s.

The entrepreneur attended local schools in his home region for his formative stages of education. He then continued to seek education in other countries at higher levels of his academic journey.

Mr. Aydin is an entrepreneur involved in several trades that involve local and international parties. In his visit to the country recently, he was alleged to have been part of the reasons behind the deputy president’s canceled trip to Uganda.

The Turkish businessman was arrested and held in for two days after he was alleged to be a terrorist funding source. Kenyans have speculated that this is a governmental arm stretch for his allegiance to the deputy president. These claims are yet to be verified.

In a Tweet on Monday 8th August 2021, the deputy president stated that the Turkish entrepreneur had been deported back to Turkey after a session of political torture and grilling in the hands of the officials since Saturday morning. Additionally, Hon. William Ruto stated that such situations were portrayals of pettiness in the political arena. He went on to say that he had called the businessman and apologized on behalf of the country. Throughout the period he was detained, Harun Aydin was not allowed to be in communication with anyone nor be visited.

Harun’s lawyer Abdullahi Ahmedinasir led the legal team along with other Ruto political affiliates in condemning his unlawful arrest, torture, and deportation. This comes as one among several other similarly framed instances targeting politicians and influential people affiliated with the deputy president. Some have ended up arrested, attacked, and similar tactics.