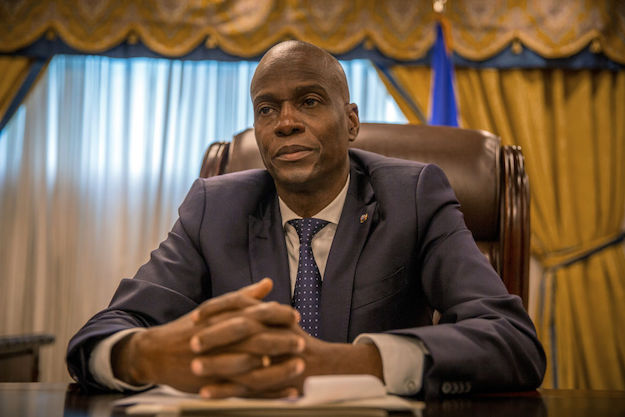 Jovenel Moise, President of Haiti, was murdered in his home in Petion-Ville, located in Haiti’s capital by unknown assailants who accessed Moise’s residence in local vehicles and identified themselves as Drug Enforcement Administration agents (DEA). This assassination act has shocked the entire nation and left more questions that have no answers yet. This article looks into the biography of the late leader who was killed around 1:00 A.M on 7th July.

The late president was 53 years old at the time of his death. He was born in 1968 on 26th June in the Nord-Est region of Haiti.

Moise’s career began after he left college along with his wife Marie Martine Joseph Etienne growing the rural areas in Port-de-Parix. The late president was also an entrepreneur and farmer who established JOMAR Auto parts, established a water business, and ventured into large-scale banana farming in Haiti.

On the other hand, his political career took off in 2015 when he began pushing his agenda and manifesto for Haiti highlighting the advancement of the rural areas that made the majority of the population, promoting agriculture and tourism therein, universal education, and health care, employment creation among others.

Between 2015 and 2017, Moise was involved in a series of elections held in the country to determine who would take over from President Martelly. He claimed the highest voter percentage though this was later determined to be crooked causing civilian protests.

Moise was sworn in as president in 2017 and was the country’s president until his killing on 7th July. His term was tumultuous and ridden with civil unrest.

He was murdered by unknown attackers who were described as highly skilled assassins. They also wounded the country’s first president who sustained severe injuries but is in a stable condition at a hospital in the US. He is to be succeeded by the prime minister, Joseph Claude as the country seeks to find the killers. To this effect, the borders and airports were shut and a state of siege was declared.