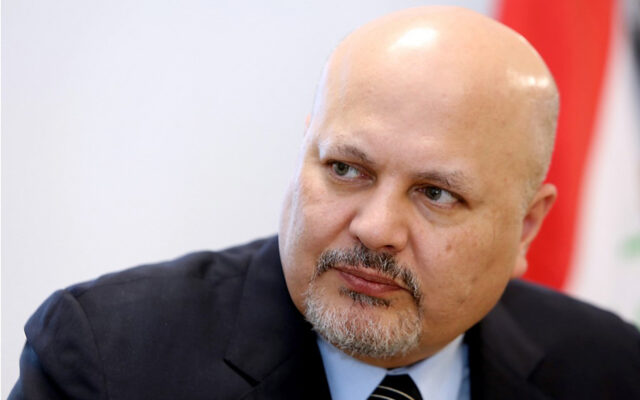 Karim Ahmad Khan is a seasoned international criminal lawyer and international human rights lawyer. He has had an extensive law career that has seen him represent high-profile country leaders and global organizations. Karim’s legal aptitude has seen him rise up the ranks to lead the International Criminal Court beginning in 2021. This article looks into the biography of the man who represented 2022 presidential aspirant Deputy President William Ruto at the ICC after the 2007-2008 post-election violence in Kenya.

The lawyer was born in 1970 and as of 2021 is fifty-one years old. Karim was born in Britain and is a British citizen by birth.

He had a passion for law which shaped his career path. Karim Ahmad Khan attained his first Law degree and A.K.C from King’s College London. He went on to be admitted to the Bar of England and Wales in 1992. Karim Khan pushed his education further with the pursuit of a doctorate Law degree.

After his admittance to the Bar in 1992, he worked at the Crown Prosecution Service of England and Wales as Prosecutor beginning in 1993. He attained senior prosecutor status two years later.

In his career, he has worked in different capacities including serving as the UN International Criminal Tribunals legal advisor for Yugoslavia, Rwanda; and a defense lawyer at special courts.

He has also served as Lead Counsel for Hartmann Florence, a high-profile journalist who had been charged with contempt of court in 2008. More of the high-profile personalities Karim Ahmad has represented include Bahr Idriss Abu Garda, a Sudanese rebel leader, Fatmir Limaj who was Kosovo’s deputy prime minister, Mahmudi Baghdadi, and Saif al-Islam. Back home in Kenya, Karim Ahmad represented Francis Muthaura and was later Deputy President William Ruto’s Lead Counsel at the ICC. Both had been arraigned in court for their said involvement and propelling of the post-election violence witnessed between 2007 and 2008. Karim Ahmad’s expertise and years of experience got him appointed to the Queen’s Counsel in 2011 and is also approved to work for the British Attorney General.

Assuming office on 16th June 2021, Karim Ahmad took over the ICC Chief Prosecutor position from Fatou Bensouda. His deputy is James Kirkpatrick Stewart with the wo leading the 123-member court that deals with aggression crimes, crimes against humanity, genocide, and war crimes. Moreover, Kamir Ahmad founded a Non-Governmental Organization at The Hague named Peace and Justice Initiative that implements the International Criminal Court at national levels.

Ahmad is a member of the Ahmadi Muslim Community.