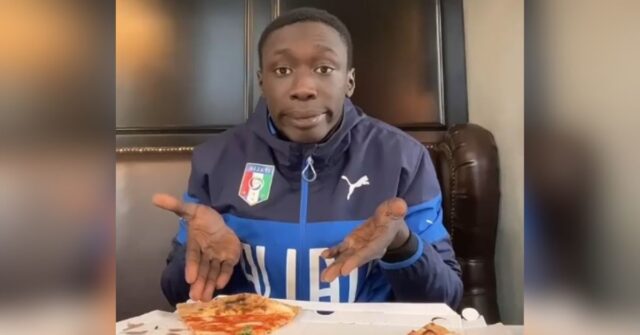 We all have seen the videos doing rounds on TikTok and then on to Instagram. Khaby Lame is an online sensation who found a niche in content creation. His videos have been described as having a knack for relatability among people around the globe. Making fun of what people make a big deal of and life hacks, he has found his place on the internet. This article looks into Khaby’s biography, highlighting his personal life, career journey, and more details.

He was born in Senegal to his parents on 9th March 2000. His real name is Khabane Lame. Khaby has three siblings. They grew in Senegal before their family moved to Italy where he is now officially based.

Details on Khaby’s educational background are yet to be revealed at the time of this article’s publication.

Before he became the man who does not say a single word yet passes his message very effectively, Khaby was a CNC machine operator in a factory. His job came to an end in March 2020 after he was laid off by management. This offered him the opportunity to focus on social media and create the content that has gotten him on the map.

Khaby Lame has risen to be the second most followed TikTok content creator. He has 114 million followers and 1.7billion likes for his work. Khaby’s social media is managed by Riggio Alessandro who has done a great job in steering the boat. This work led to Khaby working with big companies in endorsements and collaborations. These include Dream 11 and Desi.

The online sensation has however gotten into trouble after posting anti-racist messages which he says led to him losing followers.

Khaby is presently based in Italy where he recently got engaged to his girlfriend Zaira Nucci.