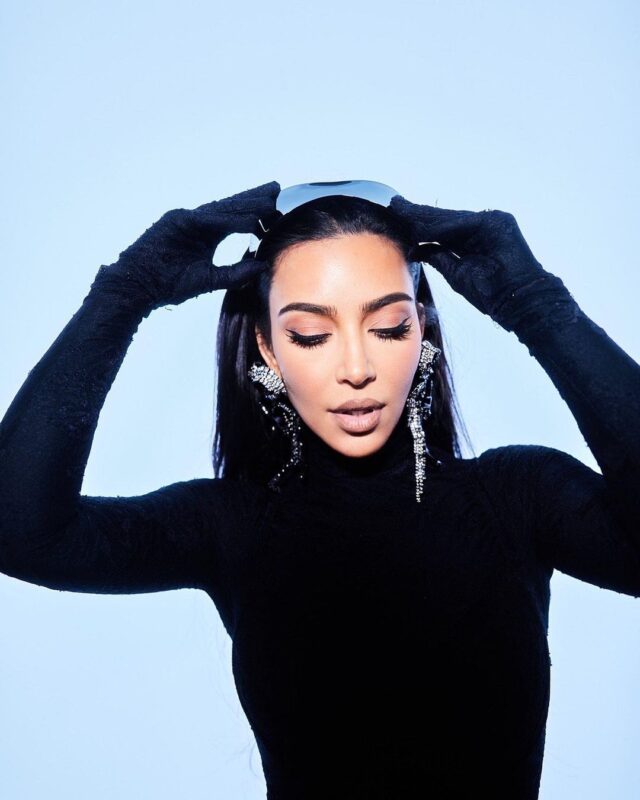 Kim Kardashian West is an entrepreneur, American socialite, and a huge pop-culture influencer. The billionaire has had a rewarding career and personal life though not short of life’s downsides. This article looks into the richest Kardashian’s biography highlighting her background, career journey, and personal life details.

She was born on 21st October in 1980 in Los Angeles California as the second-born child in her family and named Kimberly Kardashian. Kourtney is the family’s firstborn, Khloé third, and Robert fourth. Her parents Kris and the late Robert Kardashian brought them up in L.A. The late Robert Kardashian was cast into the limelight for representing O.J Simpson in his murder trial of 1995 which found him not guilty of the charges pitted against him. Kim has two half-sisters; Kylie and Kendall Jenner that were born to her mother Kris and Bruce Jenner, a gold medalist at the Olympics who later became Caitlyn after her transgender transformation.

In 1998 Kim graduated from high school and went into work immediately after. Later on, she went back to school to pursue a Law degree as she sought to deliver more impactful help for topics she found dear to her such as incarceration and police reforms.

Her first experience was working as socialite Paris Hilton’s assistant. In 2006, she and her sisters founded DASH, a California boutique that would then expand to other states around the country.

In 2007, the Kardashian family began airing their reality show named Keeping Up with the Kardashian that ran for the next fourteen years. It was aired on E! Propelling the family’s fame even further. The show came a few months after Kim Kardashian’s sex tape with musician Ray J, her then-boyfriend, was leaked online. She sued the video distributor but received an out-of-court settlement.

Read: Top 10 Richest Black Billionaires Worldwide and their Net Worth 2020/2021

She has gone on to build her personal brand as a pop culture figure making things like selfies popular. Her strong social media presence has also helped push her business performance.

Kim Kardashian has had numerous endorsement deals and her own businesses such as fitness DVD series, beauty products, a game app that garnered her $51 million in a year, the Kimoji, and a credit card.

Skims is a shapewear company by Kim Kardashian that is in cloth production. She amazed her fans after her range rover was covered in her Skims material as a gift. Her other major business is KKW Beauty that first launched with 30,000 contour kits which were impressively sold out in two hours. She then expanded to other makeup products such as fragrances and lipsticks making the company $100 million in revenue. She sold twenty percent of the company to Coty, a cosmetics conglomerate at $200 million taking up the company value to $1 billion.

Her prison reforms pushed for the release of several incarcerated people such as Marie Alice Johnson who had been sentenced to life imprisonment for drug offenses. She was released after her pleas were made known through Kim.

Her first husband was Damon Thomas whom she got married to in 2000 divorcing four years later. She then remarried in 2011, marrying Kris Humphries but divorced 72 days later. In 2012, she began going out with Kanye West with whom she has had four children namely North West, Saint West, Chicago West, and Psalm West. The marriage was announced to be ending in divorce in 2021 although rapper Ye said in an interview that he wanted to get back his family. Kim on the other hand began going out with

Kim Kardashian Net Worth and Property

She is worth $1.2 billion as of 2021 thanks to her Skims and KKW Beauty businesses along with other sources. These include reality television cash which is at least $10 million per year pre-tax, endorsement deals, real estate in Calabasas, shares of Amazon, Netflix, Disney, and Adidas gifted by her husband Ye.