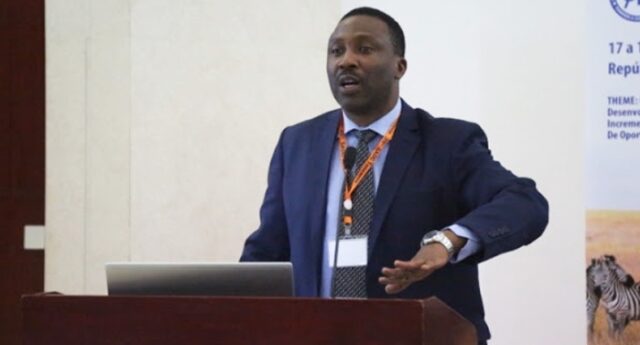 Tanzania’s president John Magufuli recently called off the appointment of Kumba Francis Ndulane as the deputy minister for Minerals in a dumbfounding swearing in ceremony. The Kilwa North Member of Parliament had a hard time reading out his oath on the ninth of December, 2020 to which the president responded to immediately.

In a video gone viral, Francis Kumba is seen stammering over the words. His lack of fluency led to his exclusion in the presidential appointment of twenty-one ministers and twenty-two deputy ministers. Tanzania is a Kiswahili speaking nation and the president could not understand how an educated individual would not be a fluent speaker. This article looks at Hon. Ndulane’s biography amidst investigations of his academic qualifications.

The MP is a Tanzanian citizen by birth and in his mid-forties.

Hon. Ndulane now faces investigations over his academic history following his inability to read out his oath in readiness for assumption of office. He went to Uwanjani Primary School, and then to Tambaza Secondary School and Pugu High School before college.

READ: Top Ten Richest Presidents of Africa and their Net Worth 2020/2021

He enrolled for an advanced diploma and continued building his educational experience in the Accounting field. He holds a graduate degree from Mzumbe University in Accounting and Finance.

The Member of Parliament for Kilwa North under the ruling party, Chama Cha Mapinduzi (CCM) has worked in several fields before focusing on politics. He has worked as a clerk at the Tanzania and Telecommunication company, as a machine operator at Coltage Palmotive, as an accountant and internal auditor for Tanzania National Roads Agency and as town director at the Ifakara Town Council. He was then elected into office as a representative for the people of Kilwa North.

The Member of Parliament went through a difficult moment in this swearing in ceremony where he had to repeat the oath more than three times. In the ceremony presided over by Tanzania’s Chief Secretary, Kijazi John, he is seen to be shaky as he read through.

Viewers of the proceedings have expressed different reactions, some supporting him saying that he seemed to have an eye problem and deserved another shot. However, some have found the incident comical. Hon. Francis Ndulane has kept his family matters private and these details remain unavailable yet.

The legislator’s net worth is yet to be established and information detailing his asset portfolio remains unavailable to the public.