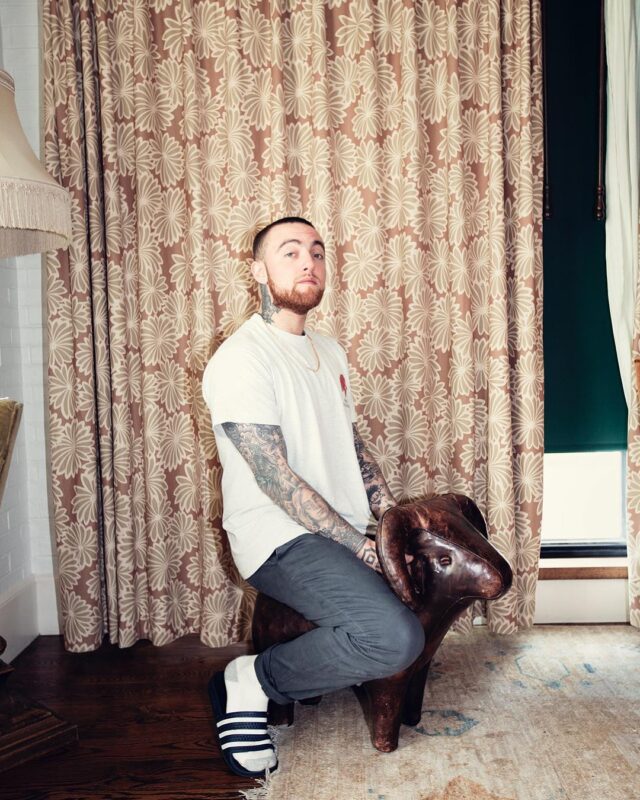 Mac Miller was a celebrated rapper and pop-culture influencer who succumbed to an accidental overdose in his apartment breaking the hearts of millions of fans, friends, and family. This article remembers the life of the icon who was; Mac Miller.

He was born on 19th January 1992 in Pittsburgh, Pennsylvania. To his parents Mark McCormick and Karen Meyers. His father is an architect while his mother is a photographer. They named him Malcolm James McCormick and he had a brother named Miller.

He began schooling at a Catholic grade school before joining Winchester Thurston School. Mac Miller attended high school at Taylor Allderdice before he went into exploring music further as a career.

He did not think he would be a rapper as a career although this became apparent in his early teens as he found it intriguing. He started at the age of fourteen and had come up with the stage name Easy Mac. When he turned fifteen in 2007, he released his first mixtape But My Mackin’ Ain’t Easy. Three years later, he released his first song Kool-Aid & Frozen Pizza. At seventeen, the name Mac Miller had caught on and he stuck with it.

Mac Miller’s career had him release six studio albums, sixty-two music videos, forty-one singles, two extended plays, and two live albums, and thirteen mixtapes.  His subsequent mixtapes included The Jukebox: Prelude to Class Clown, The High Life, K.I.D.S, and Best Day Ever. Some of his best performing and top-ranking projects were Donald Trump that made it to the US Billboard Hot 100 and received RIAA platinum certification, and his debut album Blue Side Park that ranked number one on Billboard 200.

Read: Facts about The Mona Lisa Painting, Origin, Who Painted it and Meaning

Mac Miller, later on, set up his own record label named REMember Music that catered to his alter egos and upcoming artists from his hometown in Pittsburgh. He, on the other hand, had been signed to Warner Bros. releasing his first debut with the company in 2015.

Mac Miller’s music was greatly artistic and addressed various areas of life including Mental Health and Love. His album The Divine Feminine was received positive reviews for the artistic blend of jazz, funk, RnB, and Rap. His last album was Swimming which highlighted his heartbreaks, mental health issues, and personal struggles.

Mac Miller dated four identified ladies in his lifetime. His first was Nomi Leasure, his lover from high school, then Ariana Grande with whom he worked on projects such as My Favorite Part. he dated Ariana for two years and due to work pressure could not proceed with their relationship. He then dated Tana Mongeau and Julia Kelly.

Mac had a great fashion sense that will always be remembered. He also had forty-two tats, all standing for something he wished to remember.

He died on 7th September 2018 at the age of twenty-six after an accidental overdose having combined fentanyl, alcohol, and cocaine.

Mac Miller Net Worth and Property

At his death, he was worth $10 million and in his will left his wealth to his parents and brother.