Home Rest of the World Facts about The Mona Lisa Painting, Origin, Who Painted it and Meaning 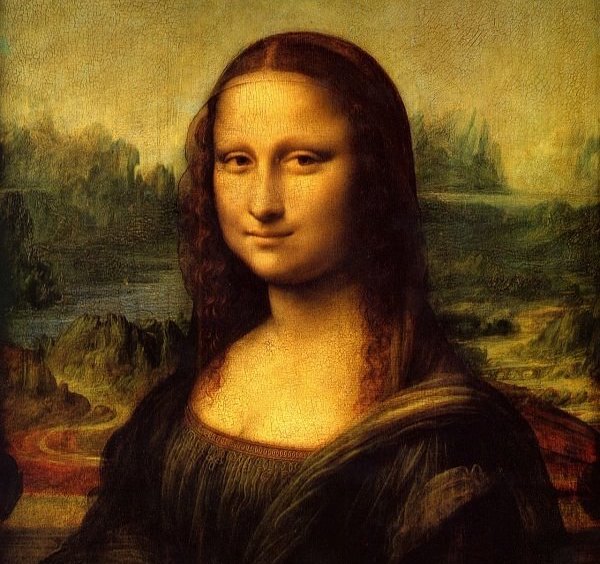 The most written about, the most sung about, the most parodied work of art in the world, the Mona Lisa, is an otherworldly piece of work to grace the planet earth. The intensity of thoughts evoked, and feelings invoked by the painting make one forget the smaller issues like money, clothing, and instead embrace a higher level of existence. Painted by Leonardo da Vinci, a non-conventional artist whose thoughts and principles were way ahead of his time in Florence, France, The Mona Lisa commands respect, awe, and quiet meditation.

Over the five centuries that the painting has been on earth, there have been numerous theories as people try to figure out who the mysterious lady in the framed painting might be.

Initially suggested by Giorgio Vasari, an Italian artist in 1550, it is said that the Mona Lisa is a portrait of Francesco del Giocondo named Lisa Gherardini. So much was the pressure and urge to know if this was the case that there were attempts to recover Lisa del Giocondo’s remains and carry out a DNA test that would recreate her face’s image for comparison. This however was an unconcluded effort.

Some people suggest that the painting was of Leonardo’s mother named Caterina. They think that Leonardo painted this taking a mental vision of his mother’s smile so perfectly portrayed in the Mona Lisa.

On another view, some people believe that the Mona Lisa is a self-portrait. Given that Leonardo was a man full of riddles and mysteries, they believe that part of the painting’s riddle is in that he hides behind the face of the woman as the two share similar facial features.

However, there have been no conclusive remarks on who exactly is portrayed as the Mona Lisa. One thing that all agree on, is that the painting represents an embodiment of the ideal one; beautiful, receptive, enigmatic, and still just out of reach.

It is an oil painting on a poplar wood panel of 77cm by 53cm of a woman’s half-body portrait clad in a colored shift and a veil. Behind her is a distant landscape with intricate details. Her hair and clothing curves are in sync with the rivers and valleys in the landscape behind her implying togetherness and divine connection between nature and humanity.

The lady’s face is softly sculpted revealing the artist’s skilled fine shading and an intricate understanding of the skull beneath the skin. On to the most famous and analyzed feature of the Mona Lisa, is the delicate and mysterious smile that is there but also seems to be just as elusive. Did you know that the smile is the world’s most famous smile?

Today, the painting hangs in Paris’ Louvre Museum from the turn of the 19th century. In 2014, the museum received 9,300,000 visitors, 80% of whom are reported to have come just to view the world’s most famous and influential work of art. Before this, it had been held in French palaces, after its acquisition by French King Francis I in whose court Leonardo spent his life’s last years, and then in Napoleon’s bedroom.

The painting has been stolen once from the museum but vandalized severally before stringent measures were taken to ensure its safety. It was stolen on 21st August 1911 by Italian Peruggia Vincenzo causing a global rush as people went to the museum to gasp at the space where the Mona Lisa stood. It was recovered two years later after Vincenzo was turned in by someone to whom he had tried to sell the painting. He was consequently arrested, tried, and prisoned.

The Mona Lisa painting impacted all future artistic expressions and set the bar for all portraits. One such influence was in Leonardo’s idea that only what does not exist yet should be immortalized in art. For instance, the lady in his world-famous painting was dressed in loose-fitting attire uncommon and different from the tight-fitting clothes worn during that time. Future artists also borrowed heavily from da Vinci’s purposefulness, expression-freedom, and thought-propelled creations.

The painting has toured Italy, the United States of America, Moscow, and Tokyo attracting millions of viewers in galleries and museums. The painting is in great condition for its age following careful restorations over the years and high security and protection cast over it. For instance, the painting is cased in a bulletproof glass shield.

There have been several attempts to recreate the Mona Lisa, the closest resemblance being held at Madrid’s Prado Museum which was established to have been done during the painter’s lifetime.

Mona Lisa’s Net Worth in the 21st Century

The painting is an iconic piece that has been the source of inspiration for hundreds of songs, films, and is indeed one of humanity’s greatest creations. Her image can be found on notebooks, travel cards, umbrellas, towels, and tickets. It holds the Guinness World Record for the highest known insurance valuation in history at $870 million in 2021. Have you seen the Mona Lisa in person?