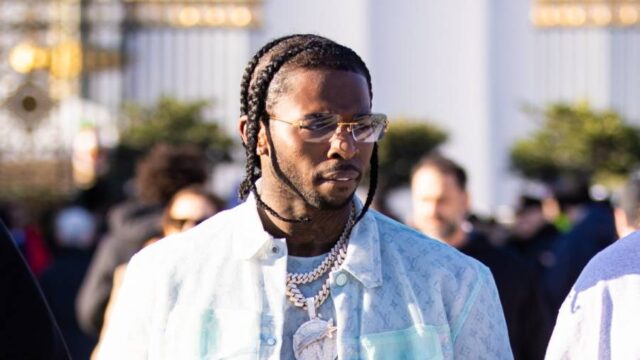 Pop Smoke was a fast-rising star who was murdered in a home invasion just as his career was making an aim for the stars. However, his posthumous projects continue to hold his name high and are priceless gifts to his fans.

The late rapper and songwriter was born in Brooklyn, New York. He was born on 20th July 1999 to his parents who named him Bashar Barakah Jackson. His parents, Greg and Audrey Jackson have another son, born before Pop Smoke called Obasi.

Pop Smoke attended various schools in Brooklyn and while in the eighth grade, he was expelled for taking a gun to school and later sentenced to a two-year house arrest for the illegal possession of a firearm. Bashar also attended Rocktop Academy, an institution he soon left after heart murmurs were detected.

He kicked off his musical career in 2018 when he got an opportunity to try rapping in a professional booth with Jay Gwuapo. Smoke’s session turned out successful with him recording  “Mpr (Panic Part 3 Remix)”. He then went on to strategically partner with characters in the industry such as producers and other rappers. He soon landed a signing with Univeral Music’s subsidiary – Victor Victor Worldwide.

Pop made it into the mainstream with ‘Welcome to the Party’ and soon dropped his debut mixtape ‘Meet the Woo’ in 2019. The rapper caught the attention of millions across the globe and even got to work with bigger artists such as Nicki Minaj early on in his career. He has also worked with other artists such as Quavo, Skepta, Lil TJay, Calboy, Travis Scott, A Boogie wit da Hoodie, PnB Rock, Gunna and Nav.

In 2020, he dropped his second mixtape ‘Meet the Woo 2’ in the month of February. His Los Angeles home was invaded less than fourteen days later and he was shot succumbing to torso gun wounds.

Shoot for the Stars, Aim for the Moon, and Faith are Pop Smoke’s posthumous albums released in 2020 and 2021 respectively.  Other projects after his death include a podcast by Complex and Spotify titled “Complex Subject: Pop Smoke”.