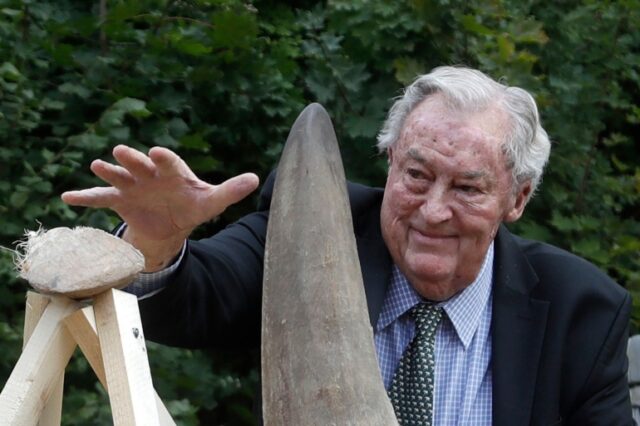 Richard Leakey, a renowned fossil discoverer and a man who hoped to one day be Kenya’s president passed away on 2nd January 2022 at the age of seventy-seven leaving behind a legacy for mankind. This article looks into his biography highlighting his background, career, discoveries, and personal life details.

He was born to Mary (née Nicol) and Louis Leakey on 19th December 1944 as a second born in a family of three boys. His elder brother Jonathan also took up fossil finding and in 1960 was able to find Homo habilis remains and would later trade animals and animal products. His younger brother Philip was the odd one out and did not take a fossil-based career.  He instead grew to become the first white member of Kenya’s parliament. Their parents were renowned human paleontologists who made prominent discoveries in Olduvai Gorge, Tanzania.

Richard Leakey attended present-day Lenana School that was then called Duke of York School and would later consider getting certification from a higher institution of learning. He went to Scotland and upon passing his entrance exams, went back to Kenya with his newfound love Margaret Cropper who was a contributing factor to his consideration for a degree.

He went on several expeditions with his family as was the norm and made his first significant collecting expedition at the age of three. When he was six years old, he found his first important fossil, a complete jaw of an extinct giant pig.

When he left Duke of York school, he went into animal trapping and established a tourist safari farm. At the age of eighteen, he learned to fly and went into more exploration in Lake Natron. His efforts were however covered by the older adults in the troupe.

Richard Leaky built up the National Museums of Kenya becoming its administrative director and director in 1968 and 1974 respectively. He will also be remembered for his political ambitions which made him establish his own political party – the Safina party in 1995. He would then be elected Member of Parliament in 1998, and the following year would serve as Cabinet Secretary and head of civil service until 2001. In 2002, Richard Leakey joined Stony Brook University in New York as an appointed professor.

WildlifeDirect is a conservation Non-Governmental Organization (NGO) he set up in 2004 that was committed to fighting against poaching. This was a plight he was committed to in the long-term as he would also be chair of the Kenya Wildlife Service between 2015 and 2018.

He penned an autobiography in 1983 titled One Life. In it, he described a lot of his life happenings and milestones in the book. He married his first wife Margaret Cropper with whom he had one daughter named Anna before they divorced in 1999. He said, “I had this horror of Anna growing up in a house where there were going to be fights,” describing their tumultuous marriage.

Leakey then married his second wife and mother of two daughters, Meave Epps in 1970.  They have two daughters named Louise and Samira. In his lifetime, Richard Leakey was awarded Dutch Order of the Golden Ark for his conservation contributions in 1989, and Elder of the Burning Spear in 1993. He was also elected to the fellowship of the Royal Society in 2007.