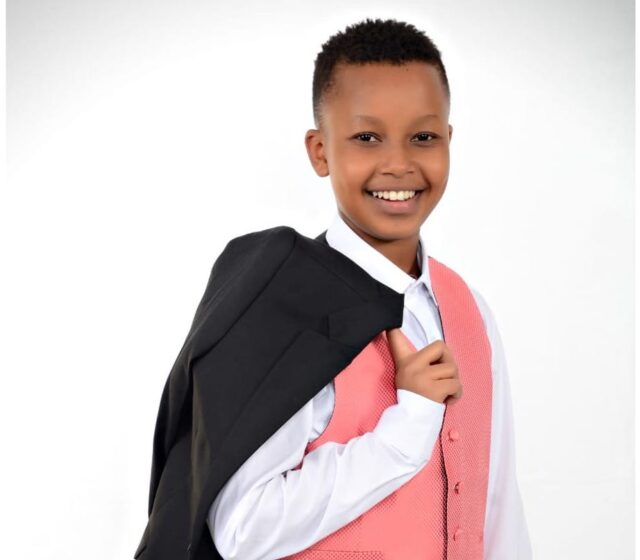 Ryan Mwenda is a young Kenyan actor, comedian, orator and an upcoming emcee. He recently made a debut in the Drama Series Zora on Citizen TV where he plays the role of Simba, Zora’s son. Ryan is the young boy who has graced the internet with his charm and wit. It is one thing to be young and popular as a child but it entirely another to be identified as “The president’s friend”.

It takes a while for most people to figure out their careers and life path. But not so for Ryan Mwenda whose outspoken personality has propelled him to different heights. The 12-year-old entertainer graced the screens in 2016 where he addressed jubilee supporters during the Jubilee Party manifesto launch.

It was then that he won the Uhuru Kenyatta’s heart and photos of him getting a warm fatherly hug from the president have circulated the internet. Indeed, the youngster has rubbed shoulders with the high and mighty, a move that could be considered instrumental to his career.

Owing to the wit has he so effortlessly owned, Ryan Mwenda made it to the comedian stages almost as quick as he had just begun. He caught the eye of one Daniel Ndambuki, popularly known as “Churchill”, who is also a comedian. Since then, his trajectory has been upwards ever due to the popularity he has gotten. The Churchill show offered him a platform to share his jokes, which cracked up audiences. His fan base also considerably grew because of his confidence and ability to entertain a crowd of different age groups.

Ryan Mwenda also doubles up as a student who attends Riara Springs academy. Education, to him, is still as important as the work he gets to do as an entertained and a public figure. His experience as an entertainer able to capture audiences has also gained him an acting career with the crème de la crème of the country.

Ryan Mwenda stars as Simba, a spoilt child, in the compelling Zora Drama series aired by Citizen TV. He gets to work with great actors like Sarah Hassan who stars are his mother (Zora) and Robert Agengo (Fela) who acts as the father.

Lately, countries world over have been going through Covid-19 and its ongoing effects on populations, including the Kenyan one. Ryan Mwenda added his voice to the calls for sanitization and social distancing through a piece he made.

In his piece he urges people who sanitize and maintain social distancing. He also addresses kids like him to stay indoors and find other creative things to do. He clearly has found a way around using his position and impact did the good of everyone, a deserved star.

Ryan Mwenda Net worth and assets

The youngster makes quite a decent living from all the work he does in the entertainment industry. However, his net worth and assets were still not established by the time of writing this article.