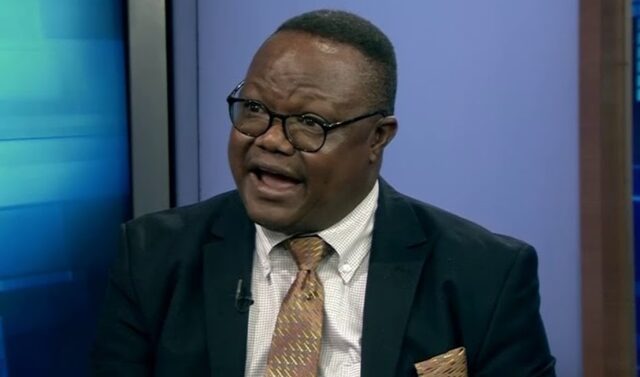 Tundu Lissu is a Tanzanian citizen, lawyer by profession, and politician. This article looks into his biography highlighting information concerning his academic qualifications, professional background and personal life.

Tundu Mughwai Antiphas Lissu is fifty-three years old and hails from Singida in Tanzania. He was born on 20th January 1968.

He is a graduate of the University of Dar es Salaam and University of Warwick. It was in these institutions that he built his law career foundation pursuing an undergraduate and master’s programs in Law.

His legal career took off upon graduation taking up a keen interest in land related litigation and public interest legal affairs. He did this for some time before moving into the political arena as a parliamentarian representing the people of Singida East. His political career has been marked by his unfettering opposition towards the late President Magufuli’s administration.

He has been at loggerheads resulting in him being detained multiple times. He is known for his leadership in coming up with a List of Shame, highlighting high ranking political figures in Tanzania’s government involved in corrupt practices especially regarding taxpayers’ money.

These loggerheads got him into fatal trouble as in 2017, in the month of September, there was an attempted assassination planned against him having him shot severally and consequently badly injuring him. He received treatment from Tanzania, Kenya and Belgium in effort to rehabilitate and cure him. He went into exile and came back three years later contesting for the presidential seat in 2020, losing to the late Magufuli.

Tundu is a father of two children, and husband to Alicia Magabe

Tundu Lissu Net Worth and Assets

His net worth as of 2021is thought to be over USD $53 Million and information detailing his asset portfolio is yet to be made publicly available. He however makes an earning from his political and legal career.