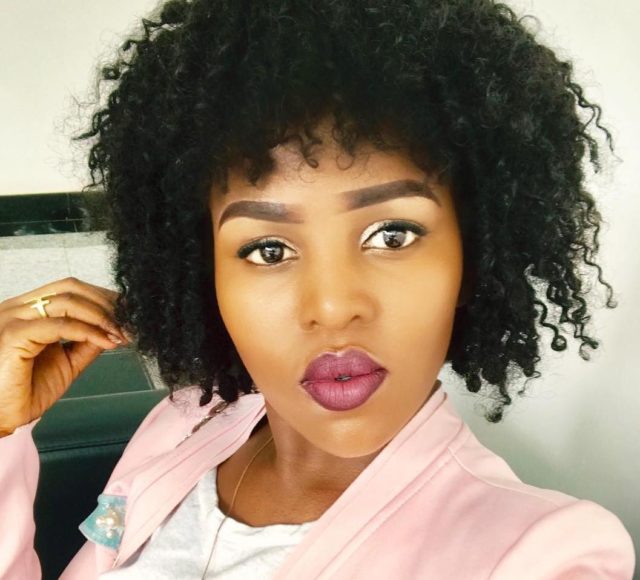 Vannesa Hausa is an actor on Citizen TV’s most loved drama series that goes by the title Maria. Maria drama series is currently the most followed TV drama show in Kenya. It is being watched by all age categories because it has characters of different age brackets who excellently play their roles. Mr. William Hausa (Boss William) plays the role of a father. Mrs. Victoria Hausa plays the role of the mother among other actors.

Vannesa is a lady of embodiment; she acts as a good-heated lady who stands to defend Maria even in times of rejection by other few Hausa’s family members. As the series unfolds more, Vannesa also gets in a love game with another actor in the series by the name Silas. Silas comes from a humble background in the ghetto.

Both parents of the two lovebirds seem not be happy with the union. Mrs. Hausa thinks that Silas is a poor lad who should not love Vannesa. On the other hand, Silas’ mother doesn’t believe in Vannesa’s love to Silas; she thinks that Vannesa is pretending to be in love with Silas for selfish gains.

Vannesa’s real name is Wanjiku Stephens. She is one of the adorable actors who play the role of a posh family’s only daughter- the sister to Luwi Hausa and Victor Hausa.

As mentioned above, her father in the series is Boss William, her mother is Victoria Hausa. See full list of all actors in the Maria Drama Series and their real names in our previous article.

Wanjiku was born in a family of four siblings (3 girls and one boy) in the year 1994 in Nyeri County. She is the last born in her family. She loved acting since her early life in primary school.

She was brought up in Eastleigh, Nairobi county. She is a blogger, an actor, an image consultant, a YouTube personality and a fashion enthusiast. She is the mastermind behind the blog: Stephensfashionideas, which is solely about fashion trends and new ideas in fashion.

Wanjiku went to Waka Junior Academy in Nairobi where she did well in her exams and joined Chinga Girls’ High School. She acquired her first Diploma in Sales and Marketing in Nairobi Aviation College. She later joined DALC University where she was conferred her first Degree in Sales Management.

Wanjiku revealed that she is dating but the details about the lucky man in question are still under wraps. This information will be updated in case of any leads.

Being a rising star in the film industry, Wanjiku has received several brand endorsements which she will be publishing on her social media pages soon. So far, she has not revealed her net worth due to security reasons.

At the moment, Wanjiku has become a public figure for any young woman to emulate. She has garnered over 40,000 Instagram followers in the past few months, which is a clear indication of her bright future. Her official Instagram handle is @vannesahausa