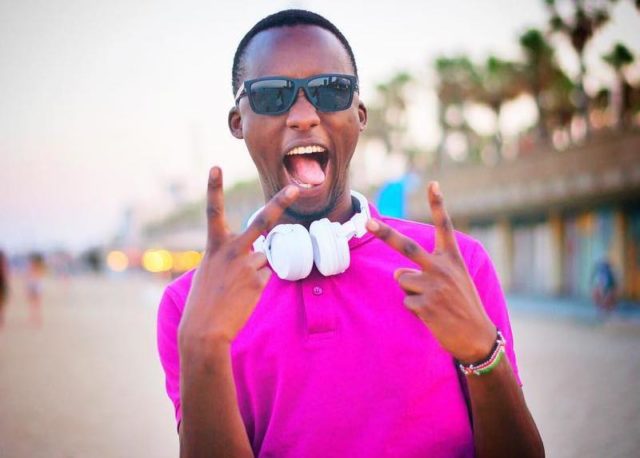 Who is Xtian Dela?

He attended Likii school for his primary school education, Moi High School, Kabarak for his secondary school education and The University of Nairobi, School of Business in 2009 for his tertiary education. It was during this time that he discovered his love and passion for online presence and content creation.

Xtian Dela has recently become the talk of town after he started hosting a night twerk session on Instagram live during this quarantine period from midnight till 4a.m. In the session, he lets girl twerk and they have to compete for money that the viewers contribute to his Mpesa Number during the live.

The girls have to do their best to win more money and the money they win is greatly influenced by the total amount of money contributed. So far, participants have won over KshS. 380,000. He created this live twerk session a few days after Tory Lanez, a celebrity artiste did the same on his platform.

They were dragged to filth on various social media platforms on the few days that followed, with some even asking Tory to never allow Africans to go live ever again. Xtian Dela is currently verified on Instagram with 350,000 followers and 0 following.

The Kenyan Directorate of Criminal Investigations (DCI) are after Xtian Dela for claims the #Clubcovid live twerk show he hosts on his Instagram every night from midnight till 4 a.m. is controversial.

This came in after three parents allegedly complained that the content is obscene especially to teenagers. The DCI wants him to stop hosting the show with immediate effect.

However, netizens quickly came in to their rescue claiming that parents should filter what their kids watch. They also stated that the show runs late at night and all children should be asleep at that time.

Many also stated that the money contributed benefits most girls who cannot afford basic needs such as food and rent during this difficult time. However, the verdict on Xtian Dela’s end is yet to be known.

Xtian Dela is undeniably a Jack of all trades. He currently works as the producer of Kiss 100’s ‘Breakfast with the stars’ show where Andrew Kibe and Kamene Goro are the hosts. Prior to that, he worked as a presenter in NRG Radio’s Hiphop show Full Throttle. He was able to work on the show alongside Dj. Mr.Vince and Fatman Scoopand.

In 2015, he joined Nation Fm as a radio presenter for TheDetox, which was a Saturday Morning show.

Xtian Dela is joined Citizen TV in 2015 as the Head of Social and Digital Media at Jeff Koinange Live (JKL). He is also a Radio producer at Kiss FM Kenya.

In 2018, he was named among the top 100 Most Influential Young Africans on the continent by Africa Youth Awards among people like Davido (Nigeria), Cassper Nyovest (South Africa), Alikiba (Tanzania) and Bobi Wine (Uganda).

He is an active content creator on YouTube. His YouTube account has over 100,000 subscribers and  over 250 videos. He recently made a video dubbed #Ruakaexposed, threatening to expose people who own and run brothels in Ruaka, Nairobi. He also uses the platform to address matters such as lesbianism and heterosexuality.

Xtian is currently dating the beautiful lady by the name Fatma Banj. Fatma has appeared as a video Vixen in several song videos including King Kaka’s hit song called Dundaing several years ago. 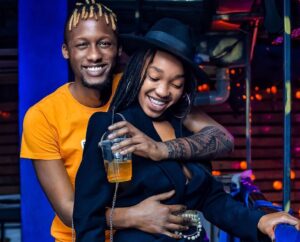 His estimated net worth is approximately over Kshs. 5 Million. He gets most of his income from brand endorsements due to his social media following. Some of the  brands that he has so far endorsed includes Equity Bank and FPT Industrial. Della also earns a substantial income from YouTube.