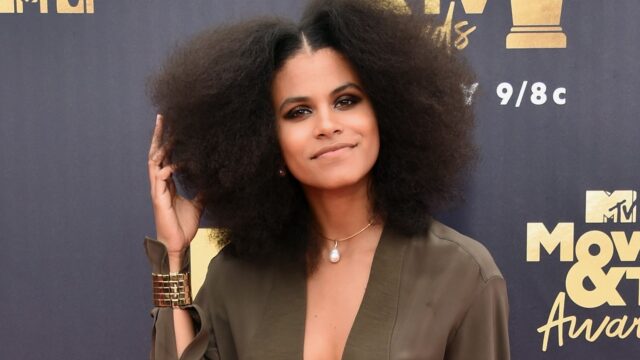 Zazie Beetz is a beautiful sensational actress whose popularity recently flared up thanks to her star role of Van in the FX show “Atlanta”. She is a talented half-German, half-African American who deeply prides in her German roots which she holds in high regard owing to how important it means to her.

She performed exceptionally in the FX comedy series “Atlanta” and was nominated for the Primetime Emmy Award for Best Supporting Actress. In addition, she has also played a role in the series “Easy” that airs on Netflix from 2016-2019.

Zazie was born in 1991 on the 1st of June in Berlin where she spent half of her childhood. She recently celebrated her 30th birthday and is flourishing in major areas of her life.

Zazie’s parents met after the wall of Berlin fell. He traveled to the U.S to visit after the fall and met her mother, an African American social worker at a summer camp. After his visit, they both relocated to Germany where Zazie was born and for a short while was brought up there before she and her mother moved back to the U.S because she felt singled out as a black person.

Zazie holds dual citizenship both for Germany and U.S and speaks both languages. She mostly grew up in uptown Manhattan, New York where she says she felt the most at home. Zazie’s interest in acting sparked up when she was in grade school at her N.Y.C elementary school. Her performance in community theatres and on local stages began when she was only a child.

Read: Driving in Diaspora: What Kenyans Need to Drive in the USA

She schooled in Muscota New School, LaGuardia High School, and later Harlem School of the Arts. There, she pursued her lifelong interest in acting. Afterward, she traveled to Paris to pursue a bachelor’s degree in French after being enrolled in Skidmore College.

Zazie graduated from Skidmore College and began auditioning. She auditioned for the role of Van in the FX comedy series, “Atlanta” and instantly got it. Thereafter, she aired as Domino in the recent marvel comic film, “Deadpool 2”. She quickly got this role off the chemistry read she had with Ryan who was part of the cast. Zazie has taken up a few roles over the past few years. In 2016, she played Victoria in the movie “Wolves” and again in the Netflix series “Easy”. In 2017 she was seen in the movie “Geostorm”.

Zazie Beetz Net worth and Assets